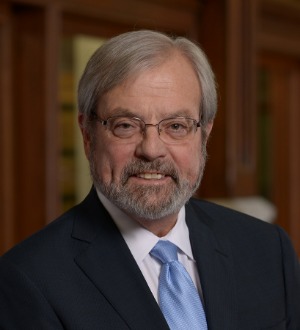 Recognized by Best Lawyers® since 1991.
100 South Third Street Columbus, Ohio 43215-4291
(614) 227-2300
|
Firm: Bricker & Eckler LLP
|  Website
Edit Profile
Edit Your Profile
To edit your Lawyer Directory information, please login to your
Best Lawyers® Admin Account.
If you have any questions or need assistance, please contact us at info@bestlawyers.com or 803.648.0300.
Overview
Firm

Mike Gire is a partner and former chair of Bricker & Eckler's Health Care group. His practice emphasizes mergers and acquisitions, general corporate law, federal and state regulatory issues, Medicare and Medicaid reimbursement, fraud and abuse, medical staff issues, and antitrust. He serves as counsel to the Ohio Hospital Association and as a director of Providers Re, a Cayman Island captive insurer for health care providers. He has participated in more than 75 hospital mergers, or corporate affiliations for the development of local hospital networks and has been appointed to state task forces addressing malpractice and patient safety issues.

Mike has lectured on health law at The Ohio State University College of Medicine, College of Law, and the Master's degree program in Health Care Administration and at Capital University Law School. He was formerly employed by the Civil Actions Branch of the Office of Hearing and Appeals for the U.S. Department of Health and Human Services. In 2010, he was named by Best Lawyers in America as the Columbus Lawyer of the Year in Health Care. He is one of only two attorneys in Ohio ranked in Band 1 for Health Care Law by Chambers USA.