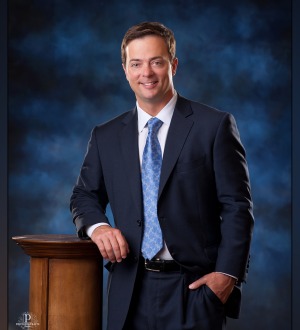 Ben Salango is a founding member of Salango Law, PLLC. He has over twenty three years of experience in personal injury litigation and has tried more than 50 civil jury trials in West Virginia. Mr. Salango has argued numerous cases in the West Virginia Supreme Court of Appeals and the United States Court of Appeals for the Fourth Circuit. He has proudly recovered tens of millions of dollars for victims of medical malpractice, personal injury, and wrongful death.  His cases have been featured nationally on CNN, Headline News, Fox News, ABC News, ESPN, USA Today, People Magazine, Becker’s Hospital Review, National Verdict Reporter, and Crime Stories with Nancy Grace.

Mr. Salango has been rated by his colleagues as one of the “Best Lawyers in America” in the area of personal injury litigation and medical malpractice for eight consecutive years. In 2019 and 2021, Mr. Salango was selected as “Lawyer of the Year” by Best Lawyers in America in medical malpractice litigation.Mr. Salango is rated “AV” Preeminent® by his colleagues in the Martindale-Hubbell® legal directory for personal injury specializing in medical malpractice. This is the best rating an attorney can achieve and is attained through ratings by members of the judiciary and legal community.  In 2017, Mr. Salango was honored by WVU College of Law and WV Executive Magazine with the Lawyers & Leaders Award for his work as a lawyer and for his commitment to community service.

In 2021, Mr. Salango was selected for inclusion in Super Lawyers® magazine for the tenth consecutive year.  Less than 5% of lawyers in the United States are selected to be included in Super Lawyers®. The process includes nominations, independent research of verdicts, settlements and professional achievements, followed by peer evaluation and a final review of candidates.  In 2012, Mr. Salango was acknowledged as one of the Top 40 West Virginians under the age of 40 by the State Journal. He has been endorsed as a member of both the Million Dollar Advocates Forum® and the Multi-Million Dollar Advocates Forum® for his jury verdicts and settlements. In addition, Mr. Salango has been selected as one of America’s Top 100 High Stakes Litigators®, America’s Top 100 Attorneys® and Top 10 Personal Injury Attorneys by Attorney and Practice Magazine.®

* The results in each case depends on many factors. Prior results by any lawyer or law firm does not guarantee future results.