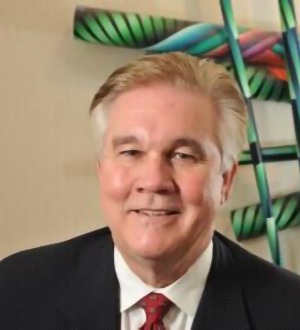 With over 44 years of experience, Robert V. Berthold, Jr. is a dedicated and compassionate trial lawyer. His focus is mainly in medical malpractice cases, including cases concerning birth injury and brain injury. He also handles coal mining accidents, product liability issues, complex auto/trucking accidents, industrial accidents, and insurance bad faith. In 2002, Attorney Berthold served as co-counsel in a fifty million dollar jury verdict, a case that garnered one of the top 100 verdicts in America for that year.

Mr. Berthold is part of a number of prestigious groups, such as the American College of Trial Lawyers, an invitation-only organization that is limited to only 1% of the practicing lawyers in West Virginia. ‘The Best Lawyers in America’ has selected Rob as its Personal Injury attorney of 2015 for Charleston, WV. In addition, he was invited to join the American Board of Trial Advocates.

Mr. Berthold is rated “AV” by Martindale-Hubbell®, an honor only bestowed on those who exemplify both morality and talent in the legal field. He has maintained this rating for 25 years. He was hired by the State of West Virginia to represent its Receiver in lawsuits against cases involving the only failed Blue Cross Blue Shield plan in the United States. He has previously acted as co-counsel for the State of West Virginia in Municipal Derivatives litigation where he handled matters involving various banks and brokers in an MDL in the Southern District Court of New York.