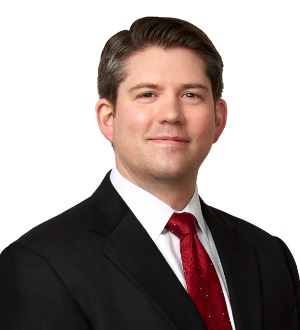 John Tanski is a skilled courtroom advocate with deep experience litigating antitrust, commercial and intellectual property claims. Leading domestic and international companies rely on John’s sound advice to help them navigate their most consequential business disputes. John has litigated some of the largest and most complex lawsuits in recent years, successfully defending multibillion-dollar individual and class claims in federal and state courts across the country and in multidistrict litigation. Clients praise John's “intellectual firepower” and describe him as “a valuable counselor” for “business clients as they weigh the pros and cons of the possible paths to follow.”

In the antitrust field, John is currently defending Tyson Foods against billion-dollar output reduction and index manipulation claims brought by three classes, more than one hundred individual plaintiffs, and multiple state attorneys general in the In re Broiler Chicken Antitrust Litigation and related matters. He has also represented international clients in the sprawling In re Automotive Parts Antitrust Litigation cartel case and defeated a nine-figure boycott claim against Stanley Black & Decker on summary judgment.

In commercial litigation, John is lead counsel for Alvogen in the multi-billion-dollar National Prescription Opiate multidistrict litigation and in related proceedings across the country. He has also successfully represented defendants in class actions involving a variety of products, from infant formula to financial products to insurance, and he regularly litigates claims of unfair trade practices, breach of contract, breach of fiduciary duty, and fraud.

John has a wide-ranging intellectual property litigation practice in which he has fought off claims of patent infringement, trade secret misappropriation and breach of patent license. Early in his Axinn career, John was part of the trial team that successfully defended Actavis against a ten-figure patent damages claim involving the blockbuster drug Neurontin®. More recently, John defeated a multi-billion-dollar lost profits claim against Hubbell in a case alleging the theft of wireless lighting technology trade secrets.

John also maintains an active pro bono practice. The Second and Tenth Circuits have appointed John to represent indigent clients in federal appeals, and he has served as pro bono trial counsel in discrimination matters for the Connecticut Commission on Human Rights and Opportunities. In addition, John is the Vice Chairman of the Glastonbury Water Pollution Control Authority and a member of the Connecticut State Advisory Committee to the United States Commission on Civil Rights.

John is recognized in Best Lawyers in America in the areas of commercial litigation and antitrust litigation. He is a member of the Hartford Business Journal’s “40 Under Forty” class of 2019, and he was honored as a “New Leader in the Law” by the Connecticut Law Tribune in 2013. Before entering private practice, John served as a law clerk to the Honorable Paul J. Kelly, Jr. of the United States Court of Appeals for the Tenth Circuit.