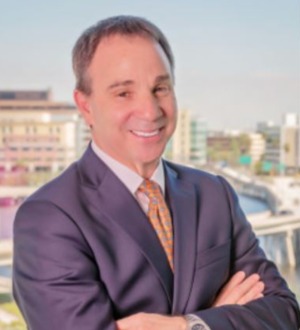 Years In Practice
Phone Number (813) 253-2020
Todd Foster - Managing Attorney, Todd Foster Law Group
Todd Foster's 30 years of professional experience as an FBI special agent, Assistant United States Attorney, state prosecutor, and private counsel set him apart from other criminal defense attorneys. Todd began his career in 1981 as an assistant state attorney in Jacksonville. After serving as a state prosecutor, he joined the Federal Bureau of Investigations as a special agent. During his tenure at the FBI, Todd learned the intricacies of complex white-collar crimes and gained enormous insight into how the government conducts probes of suspected criminal activity. As an agent, he participated in many high-level investigations and received several commendations for his superior performance and valor in the field. From 1986 to 1994, Todd worked at the U.S. Attorney’s Office, first in Houston and later in Tampa, where he rose to become Chief of the Major Crimes/Fraud Section. As a federal prosecutor, Todd handled some of the largest fraud and racketeering cases in either region, including the prosecution of a drug and money-laundering ring that culminated in a RICO trial of over 40 individuals lasting over six months in federal district court. Todd also tried and convicted three Tampa bankers on conspiracy and bank fraud charges stemming from a check-kiting scheme that caused the Commerce Bank of Tampa to fail. Over his career in government service, Todd supervised and personally prosecuted a variety of cases, including violations of bank fraud, health care fraud, wire and mail fraud, tax fraud, money laundering, drug and conspiracy statutes. After approximately eight years of service as a federal prosecutor, Todd joined forces with Barry A. Cohen Law Group in 1994, becoming a partner in 1999. (Formerly known as Cohen, Foster & Romine, P.A. and Cohen & Foster, P.A.) In early 2012, Todd founded his own practice: Todd Foster Law Group. Since going into the private practice of law, Todd has put his investigative and trial skills to use in several significant criminal cases in defense of a multitude of clients, including judges, lawyers, doctors and business professionals in a wide range of matters. Todd has extensive experience representing clients in cases involving securities fraud, Medicare fraud, bank fraud, mortgage fraud, wire and mail fraud, tax fraud and money laundering. Todd also represents clients in civil matters having fraud or misconduct overtones, including government misconduct. He has represented clients in civil matters against the SEC, IRS, and Department of Justice, in cases alleging violations of the civil RICO statute, and in a variety of general civil matters where his unique experience and abilities provide an advantage. Todd is AV-Rated by Martindale-Hubbell. He is recognized as a Best Lawyer in America and is considered one of Florida’s Super Lawyers. He has published numerous articles on a diverse range of legal topics, including a dissertation on the mortgage crisis and the defense of corporations in criminal cases and practice under the federal sentencing guidelines. Todd is an adjunct professor of Trial Advocacy at Stetson University College of Law, and he frequently lectures on a wide array of topics, including cross examination, trial advocacy, ethics and federal procedure.
What legal services does this lawyer offer?
Criminal Defense: White-Collar
Awards
Contact Details and Office Locations
Office: (813) 253-2020
601 Bayshore Boulevard, Suite 700
Tampa, Florida 33606
Tampa, Florida 33606
See Location