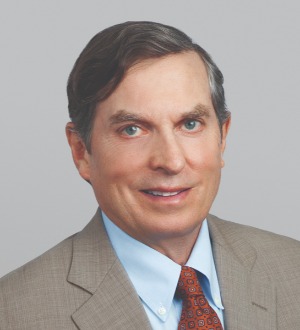 Morris “Sandy” Weinberg, Jr. has been on the winning side of high-profile cases throughout his more than 40 years as a federal prosecutor and private practitioner.

In August 2017, Sandy was elected as Chair of the ABA’s Criminal Justice Section, which has over 20,000 members including state and federal prosecutors, state and federal judges, private attorneys and public defenders, academics and representatives of law enforcement. In his new role, Sandy has introduced a number of initiatives, including task forces on immigration, border searches, attorney mental health, and private prisons. He previously served as Chair-elect and First Vice Chair of the ABA Criminal Justice Section and as Co-Chair of the ABA’s White Collar Crime Committee, where he chaired the Brady Task Force that led to the adoption of a resolution by the ABA House of Delegates. He serves as a member of the Council for the ABA Criminal Justice Section and as a member of the ABA Criminal Discovery Standards Task Force that is revising the ABA’s Criminal Discovery Standards.

In addition to his extensive white collar criminal experience, Sandy also counsels clients in parallel civil and regulatory matters, including FCA cases. His clients have included individuals and corporations in a wide variety of industries, including health care, government contracting, and professional services.

Sandy previously served as an Assistant U.S. Attorney for the Southern District of New York, where he prosecuted white collar criminal cases. He received the Director’s Award for Superior Performance, as well as an award for outstanding service from the Treasury Department for his work in the high-profile prosecution of international financier and commodities dealer Marc Rich.

After his government service, Sandy moved to Florida where he was a shareholder with Carlton Fields from 1985 to 1991, and in 1991 opened Zuckerman Spaeder’s Tampa office. He continues to serve as the office’s managing partner.