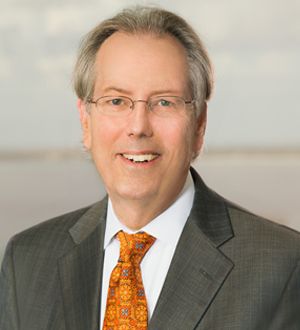 Mr. Albritton served as U.S. Attorney for the Middle District of Florida from 2008-2010. In that position, he supervised the prosecution of all federal crimes and the litigation of all civil matters involving the federal government in the District, and he directed 110 assistant U.S. Attorneys in offices located in Tampa, Ft. Myers, Orlando, Jacksonville, and Ocala. Under Mr. Albritton’s leadership, the District substantially increased its white collar prosecutions and gained national recognition for its “Mortgage Fraud Surge” initiative. During his tenure, Mr. Albritton emphasized vigorous civil and criminal prosecution of health care fraud, and he worked to establish the Tampa Division’s Medicare Fraud Strike Force (the “HEAT Team”) and to resolve United States v. WellCare Health Plans, Inc., one of the largest healthcare fraud cases nationwide in 2009. While U.S. Attorney, Mr. Albritton also tried several criminal cases, most notably United States v. Beau Diamond, which involved a large Ponzi scheme that originated in Sarasota.

Defending Regulatory Actions Brought By Government Agencies
Mr. Albritton advises clients and handles litigation involving actions brought by governmental agencies against clients for regulatory and compliance violations. This nontraditional litigation often involves elements of both civil and criminal practice, and he has defended clients before a variety of administrative and governmental agencies, including the U.S. Department of Health and Human Services, U.S. Department of Education, the Florida Department of Environmental Affairs, Hillsborough County Environmental Protection Agency, the Florida Department of Business and Professional Regulation, along with other state and local agencies.

In addition, Mr. Albritton frequently represents clients in investigations brought by attorneys general and the Federal Trade Commission, and he has defended organizations nationwide that are involved in telemarketing and direct mail advertisements, including businesses in the hospitality, travel, credit counseling/debt management, and debt collection industries. Mr. Albritton advises clients how to comply with the myriad federal and state laws regulating telemarketing, direct mail and related types of consumer sales.

Complex Commercial Litigation, With a Focus on Trade Secrets, Noncompetition Agreements, and Other Restrictive Covenants
Mr. Albritton has litigated a variety of complex commercial actions involving contract disputes, fraud, civil RICO, trade practice and unfair competition claims, business torts, creditors’ rights, and environmental litigation. For several years, he focused much of his civil practice on claims involving trade secrets, noncompetition agreements, and other restrictive covenants. Litigation of these claims is often very similar to criminal practice and frequently involves allegations of theft of trade secrets or other confidential business information by another business or competitor.

Prior to serving as U.S. Attorney, Mr. Albritton was a partner in the Tampa office of Holland & Knight LLP (1990-2008). He also served as an Adjunct Professor at Stetson University College of Law (1998-2004) where he taught Federal Criminal Law Seminars and Federal Courts. He served as a law clerk to U.S. District Judge William Terrell Hodges, M.D. Florida (1988-1990).