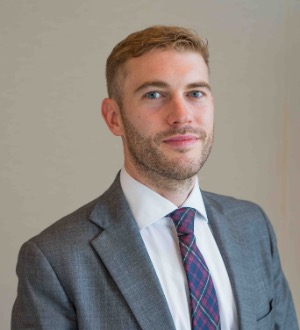 Sean F. Herrmann is a Partner at Herrmann & Murphy, PLLC in Charlotte, North Carolina. Licensed to practice in North Carolina and South Carolina, Mr. Herrmann focuses his practice primarily on employment law, and he represents the rights and entitlements of employees across both states who are dealing with a serious workplace grievance or some other work-related matter they need to address.

A highly rated trial attorney, Mr. Herrmann has achieved notable success assisting clients with asserting their rights while fighting to achieve the full and fair restitution they deserve for their serious workplace grievances involving all types of discrimination and harassment, employer retaliation and wrongful terminations, wage and hour disputes, and other matters. He also counsels employees and executives on matters pertaining to employment contracts, noncompete agreements, severance packages and other similar matters, and he has a vast amount of experience dealing with workplace torts and civil rights abuses.

Mr. Herrmann is a member of several local, state, and national bar associations, including the young lawyers division and employment law section of the North Carolina Advocates for Justice as well as the National Employment Lawyers Association. He is also heavily involved with the Mecklenburg County Bar, and he volunteers his legal services to those less fortunate throughout his community.

Fluent in Spanish, Mr. Herrmann finds great reward in being able to help his Hispanic and Latino clientele, and he has earned top ratings and several awards and honors for his professionalism and service, including recognition from The Best Lawyers in America in 2018 and 2019 and he was recognized as a Rising Star by Super Lawyers in 2019.