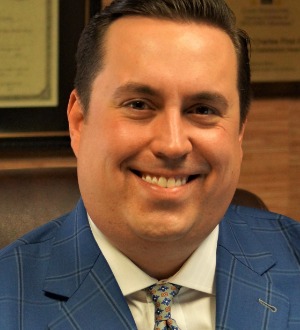 Norman Charles Post III "Chas" concentrates his practice on Criminal Defense and Driving While Impaired (DWI) cases throughout the state of North Carolina. Born and raised in Sanford, Chas represents folks from all walks of life who are targeted by the government for prosecution, including, but not limited to serious felony matters such as murder, drug trafficking, sex offenses, vehicular homicides, firearms crimes, and violent assaults. He also provides zealous defense in criminal misdemeanor cases such as larceny and other theft crimes, simple drug possession, domestic violence and assault, underage drinking and ABC/ALE violations.

Chas is known throughout the legal community as being a tenacious trial attorney who is not afraid to litigate the tough cases. He relishes an opportunity to represent the “little guy” and to go “head-to-head” with the tremendous power of government in front of a jury of 12. He has tried hundreds of bench trials, argued hundreds of pre-trial motions, and appeared in countless hearings on behalf of his clients. Chas has represented folks charged with First Degree Murder to simple Speeding Tickets. Chas has tried double-digit Superior Court jury trials, ranging from serious class B1 felonies, carrying a maximum sentence of Life in Prison without the Possibility of Parole, to general misdemeanor appeals; and he is relentless when negotiating with the prosecution for a dismissal of his client’s cases or for a reduced plea in cases where a trial is not in the best interest of his client.

When it comes to defending those accused of Impaired Driving, Chas has received the most recognition of excellence from his peers and lawyer rating agencies. For the past five years (2015 - 2019), Chas was one of a select few North Carolina attorneys named by Super Lawyers magazine to “Super Lawyers Rising Stars” in the area of Criminal Defense: DUI/DWI. The “Super Lawyers Rising Stars” honor is limited to no more than 2.5% of lawyers within the State of North Carolina.Additionally, Chas has been selected by the National Trial Lawyers as a “Top 100 Trial Lawyer in NC” and a “Top 40 Under 40 Trial Lawyer in NC”. He has also been ranked “Top 10 Under 40” by the National Academy of Criminal Defense Attorneys. Chas is a member of the National College for DUI Defense, a founding member of the American Association of Premier DUI Attorneys and is a regular speaker and presenter at Criminal Defense and DWI continuing legal education seminars for the North Carolina Advocates for Justice.

Finally, in October of 2011, Chas received a Certificate of Training from Drugs & Alcohol Risk Management, Inc. for his participation in the 24-hour National Highway Traffic Safety Administration DWI Detection and Standardized Field Sobriety Testing Program. This Certificate of Training requires the same education law enforcement officers undergo to learn to spot and arrest motorists suspected of driving while impaired.

Chas is married to his beautiful wife Kim who is a practicing attorney in Pinehurst, NC. They have two young sons, Norman Charles Post IV “Charlie” and Carter Harris Post. In his free time, Chas enjoys going to the beach along the NC coast, boating, fishing, playing golf, politics, skeet shooting, cheering on the Carolina Panthers and the New York Yankees, and spending quality time with family and friends.

You can read more about Chas here: https://www.centralcarolinalawyers.com/attorney-profiles/chas-post/.