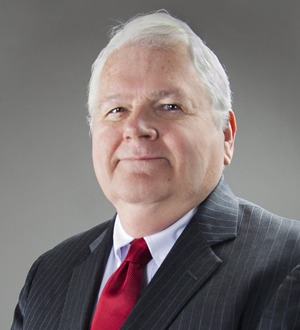 Gary Jackson is a name many attorneys in North Carolina know. He has been president of the North Carolina Advocates for Justice and has held leadership positions in several other national and state organizations. He is frequently asked to speak throughout the country at educational programs for lawyers and he regularly authors articles addressing current legal trends and developments.

His 40+ year career is marked by many awards, with 24 of those years spent fighting for plaintiffs in numerous multi-million dollar claims.

Growing up, Gary learned to fight for what he wanted – perhaps the result of living with a mother who fought off cancer three times. This feat motivates Gary to this day. He was rejected when he first applied to Duke Law School. He immediately went to the dean’s office and appealed his case. The dean asked Gary to come back later that afternoon. When he did, the dean handed him an acceptance letter.

Having started on the corporate side of litigation, Gary left the defense practice to begin advocating for plaintiffs. He took on synthetic stucco complaints from homeowners. When the going got tough, he even cashed out his 401(k) to keep fighting. Those cases, which the North Carolina Attorney General at that time described as the largest consumer problems to face the state, numbered in the hundreds. They eventually settled for substantial sums.*

In 2012, Gary was invited by noted trial lawyer Gerry Spence to his nationally acclaimed Trial Lawyers College. This one-of-its-kind institution is dedicated to helping lawyers and judges “obtain justice for individuals; the poor, the injured, the forgotten, the voiceless, the defenseless and the damned, and to protect the rights of such people from corporate and government oppression."**

In 2020, Gary was selected by his peers for inclusion into the “The Best Lawyers in America”* list in the Litigation field. North Carolina Super Lawyers magazine has designated Gary a North Carolina "Super Lawyer"* every year since 2006 for Class Actions and Mass Torts. In 2013, 2014, and 2015 he was designated one of the “Top 100 Lawyers in North Carolina"* and in 2013 and 2015 among the “Top 25 Lawyers in Charlotte"*. Gary has been recognized by Business North Carolina as a “Legal Elite"* in 2003, 2004, 2008, and 2013. Since 2011, Gary has been recognized as a Fellow* of the American Bar Foundation, which represents 1% of lawyers licensed to practice in each jurisdiction. He is a charter fellow of the Litigation Counsel of America, and holds an AV pre-eminent rating (the highest peer-review rating) from Martindale-Hubbell* .

Gary has been with the Law Offices of James Scott Farrin since 2017. Throughout his law career he has tried cases in the areas of consumer protection, construction litigation, business litigation, class actions, mass torts, products liability, medical negligence, nursing home negligence, estate disputes, and whistleblower claims. Gary has often been tapped by other law firms as co-counsel on tough cases.

Each case is unique and must be evaluated on its own merits. Prior results do not guarantee a similar outcome.