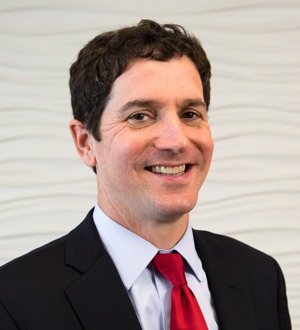 Since that decision, his goal has been “to become the best workers’ compensation attorney in North Carolina and to get the best results for my clients that I can,” and he has earned many accolades along the way.

Matthew represents clients with on-the-job injuries and occupational diseases, such as those arising from exposure to asbestos, as well as civil claims that result from a worker being injured by a negligent third party. He has developed a particular interest and focus on representing those with catastrophic injuries, such as spinal injuries, amputations, and traumatic brain injuries. These workers will need significant medical care for the rest of their lives, and Matthew battles to try to ensure they receive the care they need.

Every year since 2013, Matthew has been selected by his peers for inclusion in the annual Best Lawyers in America* list for Workers’ Compensation Law. He was named a workers’ compensation “Lawyer of the Year”* for Raleigh by Best Lawyers in America in 2015 and 2017. North Carolina Super Lawyers listed him as a “Rising Star”* from 2010–2013, and a “Super Lawyer”* from 2014–2016. He is a member of the North Carolina Advocates for Justice and the North Carolina Bar Association.

Raleigh Workers’ Compensation “Lawyer of the Year”* by Best Lawyers in America, 2015, 2017