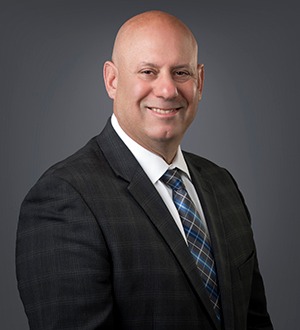 Recognized by Best Lawyers® since 2019.
One Towne Square, Suite 1700 Southfield, Michigan 48076
(248) 746-4039
|
Firm: Sommers Schwartz PC
|  Website
Message
Edit Profile
Edit Your Profile
To edit your Lawyer Directory information, please login to your
Best Lawyers® Admin Account.
If you have any questions or need assistance, please contact us at info@bestlawyers.com or 803.648.0300.
Overview
Firm

Matthew Turner is a senior shareholder with Sommers and focuses his practice on medical malpractice, legal malpractice, ERISA, and class action matters.

Fighting for and protecting the rights of his clients is the most important part of Matt’s profession. During law school, he was a law clerk for Oakland County Circuit Court Judge Richard Kuhn, and after graduation, he joined his family’s law firm where he litigated a broad range of matters involving business disputes, employment discrimination, dental malpractice, auto accident, slip and fall, and significant cases of death and catastrophic loss.

Matt has appeared before the United States Supreme and prevailed in a 9-0 decision establishing that has been followed throughout the country. He has argued a number of appeals before the Michigan Supreme Court, the United States Sixth Circuit Court of Appeals, and the Michigan Court of Appeals. At the trial level, he obtained a verdict in excess of $1 million dollars in a medical malpractice and has secured a number of other highly successful trial verdicts and settlements.

In addition to his legal career, Matt has been a varsity high school football coach for over 20 years. In 2002, the Michigan High School Football Coaches Association named him an Assistant Coach of the Year. He currently serves as the offensive line coach and offensive coordinator at Birmingham Groves High School.