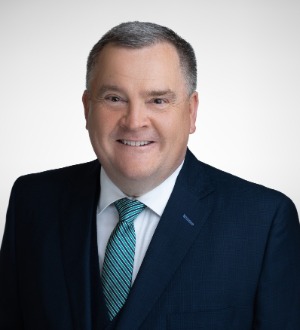 Detroit personal injury attorney Brian A. McKenna devotes his practice to representing injury victims and claimants who are being denied the insurance benefits to which they are entitled. Designated a Michigan SuperLawyer, Mr. McKenna joined Sachs Waldman in 1993 and became a shareholder in 2000. In 2018, he joined the team at Sinas Dramis Law Firm and leads their office out of St. Clair Shores, Michigan as a partner at the firm. Mr. McKenna has been a member of the Michigan Trial Lawyers Association since 1992, and since 1997, has served on its Executive Board. He has been a member of the Michigan State Bar Negligence Law Section since 1993, and is currently serving as one of its Council Members. He has also been a member of the Association of Trial Lawyers of America since 1992.

Mr. McKenna attended Ferris State University, obtaining an undergraduate degree with high honors before graduating from Wayne State University Law School in 1993. He is a member of the State Bar of Michigan and State Bar of Illinois and is admitted to practice before the United States Court of Appeals for the Sixth Circuit and the United States District Courts for the Eastern and Western Districts of Michigan.