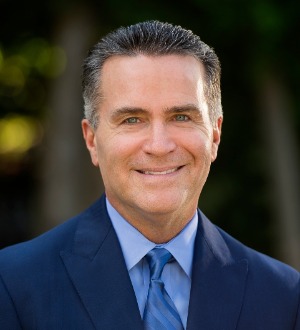 Recognized by Best Lawyers® since 2008.
122 Concord Road Bloomfield Hills, Michigan 48304
(248) 593-5100
|
Firm: Reiter & Walsh, P.C.
|  Website
Edit Profile
Edit Your Profile
To edit your Lawyer Directory information, please login to your
Best Lawyers® Admin Account.
If you have any questions or need assistance, please contact us at info@bestlawyers.com or 803.648.0300.
Overview
Firm

Jesse Reiter has focused on birth injury cases since the inception of his legal career in 1987. Reiter is admitted to practice in Michigan, Washington, D.C., Ohio and the U.S. Supreme Court, and he represents children and their parents in cases involving infant brain damage, hypoxic ischemic encephalopathy (HIE), cerebral palsy, and a number of other pregnancy, and newborn complications. Jesse Reiter is referred to in a 2008 Michigan Lawyer's Weekly article as one of three "medical malpractice gurus” whose cases have consistently ranked among the top verdicts and settlements in the state of Michigan for the past several years.

Recognized as among the top in his field, he is an executive board member and past Chair of the Birth Trauma Litigation Group, a group of leading birth injury attorneys from around the world that represent birth injured children and their families. He was also Co-Editor of the Birth Trauma Litigation Group Newsletter from 2009-2011. Reiter is a fellow of both the American Bar Foundation and the American Association for Justice’s National College of Advocacy. In 2015, Reiter was elected to the AAJ Board of Governors. His work with the AAJ’s Professional Negligence Section includes past Chair, Newsletter and Secretary. He is also a peer reviewer for Trial, the AAJ's magazine for legal professionals. For the Michigan Association for Justice (MAJ), Reiter serves or has served as a President, President-Elect, Vice President, Secretary, Treasurer and Executive Board Member. He has also served on the MAJ’s Judicial Qualifications Committee, Constitutional Challenge Committee, and Coalition/Community Action Committee. Reiter maintains active roles in a number of other professional group and associations as well.

Reiter has also been recognized by numerous associations and publications. He was named by Michigan Lawyer's Weekly as a 2012 “Leader in the Law” and “Lawyer of the Year” in 2006; listed in The Best Lawyers in America (since 2008); AV-Preeminent Rated through Martindale Hubbell; Avvo Superb Rated Attorney (10 out of 10); listed in Crain's “Best Lawyers in Metro Detroit”; named a dbusiness Magazine “Top Lawyer;” recognized as one of Metro Detroit's “Top Ten Personal Injury Lawyers;” and recognized for several consecutive years in Michigan SuperLawyers Magazine. Reiter has also appeared in Who's Who in American Law, Who's Who, and Who's Who Among Rising Young Americans. He is also a member of the Ohio Association for Justice, the Academy of Trial Advocacy and the Million Dollar Advocates Forum. Jesse's firm, Reiter & Walsh ABC Law Centers, has been listed in the “Best Law Firms in America” by U.S. News & World Report every year since 2010.