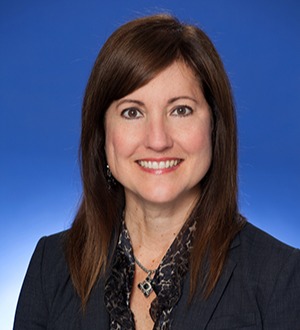 Mariaelena Gayo-Guitian specializes in all areas of bankruptcy, business reorganization, and creditors’ rights.  She has handled numerous Chapter 11 reorganizations and liquidations on behalf of debtors, creditors, committees and trustees.  Gayo-Guitian has extensive experience in handling adversary matters involving objections to discharge, dischargeability of debts, fraudulent transfers, preferences and related bankruptcy litigation. She has also represented trustees and creditors in bankruptcy cases under Chapters 7 and 11, and specializes in the representation of both assignors and assignees in assignment for the benefit of creditors’ in state court proceedings.

Gayo-Guitian is “AV” rated by Martindale-Hubbell and has been named as a Super Lawyer by Florida Super Lawyers.  She is included in the South Florida Legal Guide “Top Lawyers” and Best Lawyers in America, in the area of bankruptcy, business reorganizations and creditors’ rights. In addition, she was a Daily Business Review 2011 finalist for “Most Effective Lawyers” and 2012 finalist for “Top Dealmakers of the Year.” She is also a frequent lecturer and presenter on bankruptcy, restructuring and related issues at conferences and seminars sponsored by the American Bar Association, The Florida Bar and the Southern District of Florida Bankruptcy Bar Association.

Gayo-Guitian is an active member of the Southern District of Florida Bankruptcy Bar Association and Bankruptcy Judicial Liaison Committee of the Business Law Section of the Florida Bar.    She is a member of the American Bankruptcy Institute and has been appointed as co-chair of the ABI’s Caribbean Insolvency Symposium. She is also a member and past president of the Broward County Hispanic Bar Association. Gayo-Guitian is a member of the University of Miami Law Alumni Association Board, the International Women’s Insolvency and Restructuring Confederation (IWIRC), and American Bar Association.  Additionally, she serves as a director of the High Road Foundation, a non-profit organization founded and managed by South Florida individuals interested in advancing the talents of "stand-out" youth with financial need.

Gayo-Guitian is a member of The Florida Bar and is admitted to practice before the U.S. Court of Appeals for the Eleventh Circuit, Federal Circuit Court in Washington, D.C., and the U.S. District Courts for the Middle and Southern District of Florida.  She earned her Juris Doctor degree in 1988 from the University of Miami School of Law and her bachelor in business Administration and political science, cum laude, from the University of Miami in 1985.  After graduating from law school Gayo-Guitian served as law clerk to the former Chief Bankruptcy Judge, Sidney M. Weaver, U.S. Bankruptcy Court, Southern District of Florida.­