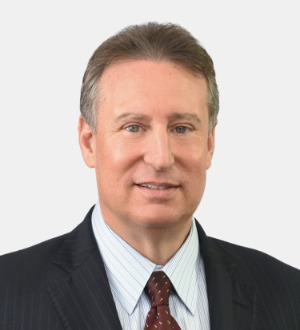 A Fellow of the American College of Bankruptcy, Michael Goldberg chairs Akerman’s Fraud and Recovery Practice, an experienced team of lawyers focused on unraveling high-profile investor fraud, including Ponzi schemes, receiverships, and EB-5 Immigrant Investor Visa Program wrongdoing. Michael has managed some of the largest Ponzi scheme liquidation recoveries in U.S. history. More recently he has developed a reputation for his work unraveling EB-5 fraud schemes. As noted in Chambers USA, his peers call him “an extraordinary lawyer who is unflappable. He’s got a keen business mind and can forge consensus in seemingly irreconcilable disputes.” Michael previously served as chair of Akerman’s Bankruptcy and Reorganization Practice Group.

As a qualified expert witness on Ponzi schemes, he is highly sought after and routinely testifies in federal and state court cases throughout the country and internationally. Michael has served as court-appointed receiver in many of his cases over the past two decades, helping victims maximize potential returns by identifying, securing, and monetizing potential assets as quickly and efficiently as possible.

Regarded as a thought leader on fraud, Michael has appeared on CNN, CNBC, Fox News, and National Public Radio to discuss Ponzi schemes and receiverships. He has also been quoted in Bloomberg, Forbes, The Wall Street Journal, The New York Times, The American Lawyer, The Miami Herald, Sun Sentinel, and numerous other publications. Michael regularly lectures on receiverships, Ponzi schemes and EB-5 fraud to regulators and various legal groups throughout the country.