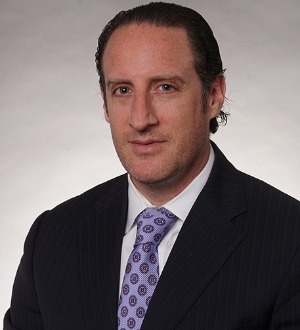 Mr. Cohen’s practice is devoted to 100% litigation. Mr. Cohen has extensive experience in successfully representing clients with a focus on multi-district litigation (MDL), class action litigation, products liability, e-discovery, and commercial litigation. He practices in state and federal courts, with an emphasis on federal court practice.

Examples of prior and current representation include:

- Acting as coordinating counsel and discovery liaison counsel for global headquarters of European pharmaceutical company in consolidated state and federal proceedings involving a number of pharmaceutical products. Mr. Cohen has coordinated numerous global productions, including various database productions. Mr. Cohen has been responsible for preparing foreign employee witnesses for depositions in Europe and coordinating all pre-trial activities in multiple jurisdictions.

- Acting as counsel for thirty five (35) states in connection with the administration of a $1 billion+ Qualified Settlement Fund. Mr. Cohen was responsible for creating the technical infrastructure and procedures for the analysis and processing of 11,000+ class member claims. Mr. Cohen also represents the Qualified Settlement Fund in a multi-million dollar claim for refund action pending against the IRS.

- Acting as litigation counsel for an international building materials distributor, with responsibility for all commercial litigation. Mr. Cohen acted as trial counsel in a matter involving Enterprise Resource Planning software in federal court in North Carolina, obtaining a favorable settlement at trial.

Mr. Cohen is admitted to practice before all courts in the state of Florida. Mr. Cohen has been admitted pro hac vice in multiple jurisdictions including New Jersey, North Carolina, and Wisconsin. He is AV Preeminent® rated by Martindale-Hubbell and an active member of The Florida Bar, Broward County Bar Association, and Defense Research Institute.