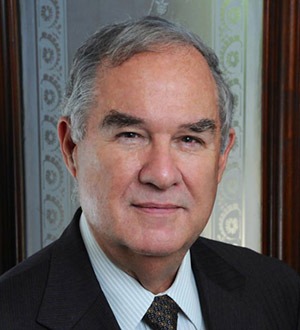 Since founding Garrison, Levin-Epstein in 1977, Joe Garrison has become the leading employment lawyer in Connecticut and one of the most prominent employee rights advocates in the United States. His current practice draws upon his vast experience as a trial lawyer and and combines the representation of individuals in litigation with an expanding focus on mediation and arbitration.

Joe has received virtually every award and honor available to a trial lawyer. Since 2007, he has been ranked as one of the top 10 Connecticut Super Lawyers, as voted by his 20,000 fellow lawyers in the state. In the 2011 rankings, Joe had the highest point total of any lawyer in Connecticut; in 2012, 2013, and 2014, he had the second-highest. In addition, for the past 25 years, Joe has been listed in the Best Lawyers in America, which includes only the top 1% of lawyers in their respective fields. Because of his jury trial work, Joe is a member of the American College of Trial Lawyers and the American Board of Trial Advocates, invitation-only organizations representing the nation’s most experienced and distinguished trial lawyers.

As a standard-bearer for the plaintiff’s employment bar, Joe served for three years as President of the National Employment Lawyers Association (NELA) and for 15 years on NELA’s Executive Board. He is now NELA’s representative to the Federal Rules Advisory Committee, the legislative body charged with drafting the procedural rules for the nation’s federal courts. He was a Charter Fellow in the Board of Governors of the College of Labor and Employment and later served as its national President. And as an elected member of the American Law Institute (ALI), Joe has been substantially involved in drafting the highly-influential Restatement (Third) of Employment Law, which was published in 2014.

For the past 10 years, Joe has increasingly acted as a mediator and arbitrator of employment and commercial cases. Since 2009, he has served as a member of the Board of Directors of the American Arbitration Association (AAA). Joe’s ADR docket ranges from significant multi-plaintiff cases, including class actions, to individual lawsuits involving discrimination, breach of contract, or other claims. His experience with mediation and arbitration has further enhanced his ability to represent clients at all levels of employment in negotiations and other settlement processes.