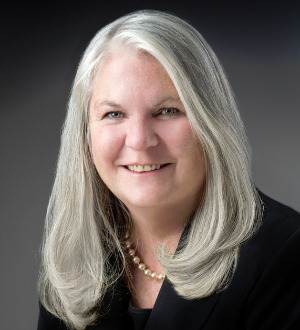 Ms. Garrison is admitted to practice before all Missouri state courts, the U.S. District Court for the Eastern District of Missouri and the Eighth Circuit Court of Appeals. She has appeared before every appellate court in the State of Missouri, as well as the United States Supreme Court, in over 70 appeals.

Prior to joining Gray Ritter Graham, Ms. Garrison was a partner in one of the region’s largest law firms, where her practice concentrated in commercial litigation, health care, and appeals. She has served as Associate General Counsel for a large health insurance company and as General Counsel for the Missouri Department of Health. Ms. Garrison also served as primary appellate counsel to the Missouri Department of Revenue, as well as Deputy Appellate Counsel for the Missouri Attorney General’s Office, where she was responsible for appellate policy and argument on behalf of state agencies.

Ms. Garrison recently was on the team that secured a $217 million plaintiffs’ verdict in In re Syngenta AG MIR162 Corn Litigation, which preceded a $1.51 billion settlement for farmers around the country.

Ms. Garrison is listed in The Best Lawyers in America® for Appellate Law, and has been selected to Missouri & Kansas Super Lawyers [among the top 5 percent of lawyers in Missouri and Kansas] since 2010, in the area of Business Litigation.