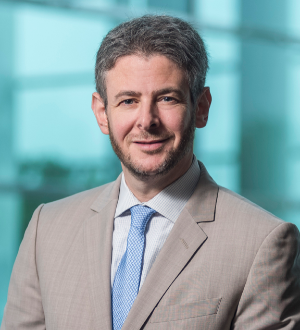 Jason S. Samuels is a partner in Farrell Fritz’s commercial litigation department, concentrating in construction law. He represents contractors, owners and developers in all aspects of construction, including negotiation of large scale new construction and renovation project agreements. In addition to transactional construction work, Mr. Samuels has successfully prosecuted and defended claims on behalf of clients in various New York Federal and State Courts, as well as in alternative dispute resolution venues. He is also a contributor to Farrell Fritz's New York Construction Law blog.

Before joining Farrell Fritz in 2011, for nearly five years Mr. Samuels was principal of Jason Samuels, P.C., a law firm practicing construction, surety and real estate law. Prior to starting his own firm, Mr. Samuels was vice president and general counsel of a successful mid-size general contracting and construction management corporation. He represented his construction company in all legal matters as well as in New York City Department of Building and Environmental Control Board hearings. In addition, he managed and completed multiple construction projects from estimating to project completion. Projects included construction of new residential multi-family housing, renovation of high end commercial space as well as institutional projects. His company’s clients were diverse and included hospitals, banks, unions and universities.

Mr. Samuels serves on the Legislative Committee for the Subcontractors Trade Association (STA), a leading organization representing union trade contractors in New York. He has been published on several occasions in the STA’s newsletter, Subcontractors News. This resource comprehensively covers issues affecting subcontractors and the construction trades industry.

Mr. Samuels earned his Juris Doctor degree from Hofstra University School of Law, where he was Managing Editor of Business for the Hofstra Labor & Employment Law Journal. He received his Bachelor of Arts degree in English with a History minor from the State University of New York at Albany. While an undergraduate, Mr. Samuels studied English literature at Middlesex University in Tottenham, London.