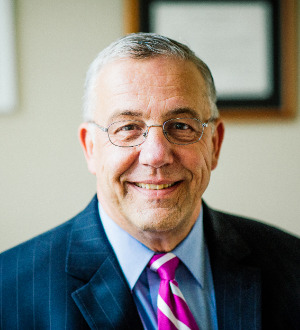 Andy has litigated many cases in the New Jersey Superior Courts, the United States District Court for the District of New Jersey and before the American Arbitration Association (Construction Division). He also has extensive experience mediating complex construction disputes. In 1995, he devoted a substantial amount of pro bono time to the lobbying efforts of the New Jersey Society of Professional Engineers in their efforts to achieve passage of the Affidavit of Merit Statute. Since the mid-1990s he has had many articles published relating to legal issues that affect the construction industry, including:

Andy has a Martindale-Hubbell "AV" rating, which is the highest rating awarded, identifies a lawyer with "very high to preeminent legal ability and is a reflection of his expertise, experience, integrity and overall professional excellence." He is a member of the New Jersey State Bar Association's Construction Industry Section, and has appeared as a guest lecturer for the group. He has been approved as panel counsel for most of the professional liability insurance companies that underwrite claims in New Jersey. Andy was selected by peer review for inclusion in the 2009 through 2017 issues of The Best Lawyers in America® in the Construction Law specialty, and selected as "Lawyer of the Year" by Best Lawyers® for Litigation - Construction in the Woodbridge, NJ metropolitan area from 2015-2017. Most recently, he was accepted as an affiliate member of the American Council of Engineering Companies of New Jersey.

Andy has regularly presented risk management seminars to the construction industry during the last twenty years at the request of professional societies, Lorman Business Services, Half Moon, professional liability insurance companies, and many brokers. He has also appeared as a guest lecturer at the New Jersey Institute of Technology (NJIT), the School of Architecture at Princeton University, as well as, the Annual “Judicial College” for New Jersey Superior Court Judges. Andrew has also been appointed by the American Arbitration Association as both an arbitrator and a mediator for complex construction litigation. He currently is also available to be retained directly as either an arbitrator or a mediator in all types of construction disputes.

He was Counsel of Record for the design professionals in the following important, published construction litigation cases: Sykes v. Sullivan Engineering, 224 NJ Super 696 (App. Div. 1988), which established the standard of care applicable to design professionals in the absence of a contract; Gelber v. Zito Partnership, 147 NJ 561 (1997), which established a rule of law when multiple claims arising out of the same project are separately brought in court and before the American Arbitration Association; Greczyn v. Colgate, 183 NJ 5 (2005), a case of first impression regarding the ten year statute of repose. He also worked on behalf of the architect who was dismissed from the suit based on the ten year statute of repose in Daidone v. Buterick, 191 NJ 557 (2007).  In State v. Perrini, 425 NJ Super 62 (App Div 2012), which is a case of first impression regarding how to interpret the statute of repose on a multi-phased construction project that is now pending before the Supreme Court of New Jersey, he has served as Counsel of Record for the design professional through the appellate process.

Andy's favorite part of the practice of law, however, has been the opportunity to coach the Stuart Country Day School's high school mock trial team since 2005. During the 2006-2007 competition, their team won the Mercer County championship and they advanced to the regional finals for first time in the school's history. His daughter, Cecilia, who has since graduated college, was one of the team's lawyers that year. His younger daughter, Agnes Claire, was on the team until she graduated in May 2013 and she served as one of the team's four lawyers as well.  In the 2012-2013 competition Agnes’ team was a Mercer County finalist. Andy continues coaching, and in the 2013-2014 season the team won the Mercer County championship again and advanced to the regional competition. Neither Cecilia nor Agnes intend on practicing law as their talents lie elsewhere, but their experience as “lawyers” was incredibly memorable and enjoyable.