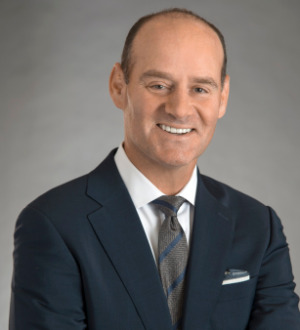 Steven M. Charney is the Chairman of the firm and is regarded as one of the foremost construction lawyers in the United States of America. Mr. Charney’s practice includes the ongoing representation of contractors that are among the top ten as reported by Engineering News Record. Mr. Charney’s background couples extensive academic and hands on experience in the construction industry with decades of experience in litigating for and providing legal counsel to contractors and developers.

Throughout Mr. Charney’s career, he has handled numerous construction related disputes, in court, arbitration or in alternative dispute forums. Mr. Charney frequently handles multi-million dollar delay, lien, default, equitable adjustment, termination and construction and design defect matters. Mr. Charney’s practice has included international clientele, including the representation of the owner and developer of a $350,000,000 project in the Bahamas. Mr. Charney’s experience includes the representation of contractors and owners in connection with some of the most prominent projects built throughout the United States. He represented the developer of the largest private building construction project ever to take place in New York City and represented contractors and design/builders in connection with numerous professional sports facilities (such as the Arthur Ashe tennis stadium and several National Football League and Major League Baseball stadiums).

A substantial portion of Mr. Charney’s practice involves providing counsel and guidance to clients in connection with construction projects and related issues. He has taken an active role in addressing emerging issues affecting the construction and development industries, both in providing guidance to the industry at large and in counseling clients of the firm. Mr. Charney led the Associated General Contractors of America to establish a task force to study mold related issues, and then vice-chaired that task force as it drafted the industry’s first guide to understanding this problem.

Mr. Charney has also taken a lead role in guiding contractors in understanding and addressing other emerging issues affecting the industry. He lectures frequently on such issues, including subcontractor default insurance and evolving legislation. He also lectures nationally on matters related to construction contracting, and frequently presents private lectures and training to the nation’s leading contractors. He presented a three part program before the prestigious Association of the Bar of the City of New York entitled “Truly Understanding Construction Contracts” and has lectured frequently before the General Building Contractors of the State of New York, the Construction Financial Managers Association, the New Jersey Building Contractors Association, the American Concrete Institute, Associated General Contractors of America (AGC), National Association of Surety Bond Producers, the Building Trades Employers Association of New York, Risk Management Committee of the AGC, Surety and Bonding Committee of the AGC, the South Florida Chapter of the Associated General Contractors, Associated Minority Enterprises of New York, Insurance Risk Management Institute (IRMI) and the Construction Industry Super Conference and other construction related organizations.

Mr. Charney’s practice took a most unique turn in the wake of the terrorist attacks at the World Trade Center. The contractors that conducted the rescue, recovery and debris removal work at the World Trade Center site would not be insured for the unique risks inherent in that work. Mr. Charney’s clients, including the Building Trades Employer’s Association of New York, an industry association that his firm represents, called upon him to address that problem. His efforts led to the passage of legislation by the United States Congress, which was signed into law by the President of the United States, funding $1 billion to form a captive insurance company to provide such insurance.

Mr. Charney’s industry experience includes positions with both local and national construction contractors. Before joining Peckar & Abramson, Mr. Charney served as Eastern Division Counsel for Turner Construction Company. Mr. Charney was employed by Turner Construction Company for nearly a decade, prior to entering private legal practice, and served in a number of operations related roles, including field superintendent, cost and scheduling engineer, and manager of litigation and claims, before serving as counsel.

Mr. Charney is a member of Associated General Contractors of America and serves on both the Contract Documents and Risk Management Committees of this leading national organization. He has often published commentary regarding issues applicable to the construction and development industries, including commentary in New York Construction. He is a member of the Association of the Bar of the City of New York and served on the Construction Law Subcommittee of that association. He is also a member of the American Bar Association and the New York State Bar Association. Mr. Charney is admitted to practice law in New York and New Jersey.

Mr. Charney also led the industry in co-chairing and serving as principle draftsman of the first standard industry contract document for “Green” construction, having done so on behalf of both ConsensusDOCS and the Associated General Contractors of America committees on these issues.