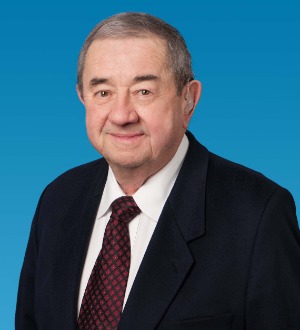 Mr. Mahoney practices primarily in the area of real estate, devoting half of his time to complex commercial transactional matters, including the creation of real estate and related agreements. The other half of his time is devoted to commercial litigation and dispute resolution, including disputes relating to contract, real estate, and corporate matters. He is a member of the Maritime Law Association and practices maritime law. He also has acted as a mediator for the Los Angeles Superior Court and as a private mediator in commercial matters. Mr. Mahoney received his JD from Hastings College of the Law, University of California, where he served on the board of directors, having been appointed by Governor Deukmejian in 1985 and reappointed by Governor Wilson in 1997. In 2010, Hastings honored him, noting that, "Few people have contributed to UC Hastings as tirelessly and generously as James Mahoney." (Click for spread from Spring 2010 alumni magazine.) He holds an AV Preeminent Peer Rating, Martindale-Hubbell's highest recognition for ethical standards and legal ability.

In 2018 and 2019, he was selected for inclusion in The Best Lawyers in America for his work in Commercial Transactions/UCC Law. In 2013 and 2014, American Lawyer Media and Martindale-Hubbell included him in "Top Rated Lawyers of 'Real Estate Law.'" Mr. Mahoney is admitted to practice in California.