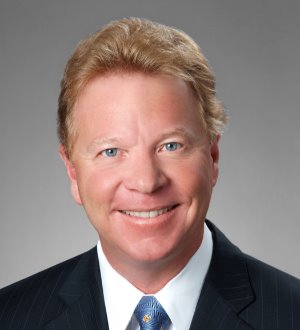 James E. Curry is a partner in the Entertainment, Technology and Advertising Practice Group in the firm's Century City office.

Mr. Curry has represented companies in commercial trial litigation for 25 years, with an emphasis in the entertainment area. He has represented three of the four U.S. Broadcast television networks, and five of the seven major studios, in addition to a myriad of other entertainment companies. In the television area, he has substantial experience in television distribution and accounting cases, as well as copyright, idea submission, libel and slander for television news and other cases.  This month, he won a trial for CBS on Hawaii 5-0 on a multi-million dollar claim.  Recently, he successfully defeated a $ 77 Million accounting claim in a television distribution case.

Mr. Curry also has substantial trial work in other industries, representing governmental entities and insurance coverage actions, among others. Mr. Curry has substantial trial experience from both the defense and plaintiff side; recently, Mr. Curry won $11 out of $12 Million sought representing a plaintiff. He has also been selected a Hollywood Power Lawyer, as a Best Lawyer in America for 2007-2014, and Super Lawyer for 2007-2014.