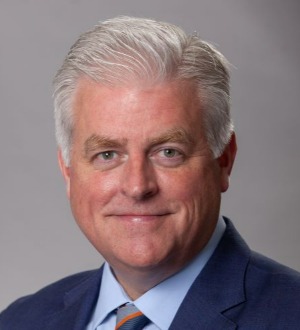 After practicing law together at their former firm for 28 years, Attorney Mahoney and his partner Attorney Cindy Robinson formed their present firm.  They continue to limit their practice to representing the injured with a particular focus on those who have been sexually abused.  As a result of his extensive work in the field of sexual abuse, in 2019 Attorney Mahoney was appointed by the Connecticut General Assembly to the Task Force to study Statutes of Limitation for Sexual Abuse Claims.   That Task Force concluded its work by recommending the complete elimination of the time limits that victims have to come forward and present their claims.

In 2011, Attorney Mahoney achieved a $2.75 million dollar verdict for his client Tim Doe.   Tim had been sexually abused decades earlier by a physician at St. Francis Hospital in Hartford.  That verdict was affirmed in 2014 by the Connecticut Supreme Court.  In its decision, the Court recognized for the first time the duty that institutions such as St. Francis have to protect children in their care from sexual abuse.

Mr. Mahoney also received a multi million dollar verdict for the Estate of Matt Blackwell.   That case involved a claim that an off duty police officer failed to stop a drunk driver resulting in the deaths of three men and the amputation of the leg of another.  Mr. Mahoney served as lead counsel and was joined by two other law firms.   The jury returned a total verdict in excess of $16 million dollars with over $6 million as to the Town of Seymour for the actions of its off duty police officer.  That verdict was recognized by the publication Verdict Search as the Verdict of the Month for the entire country.

In 2019, Attorneys Robinson and Mahoney achieved a $1.25 million dollar jury verdict for their client who had been sexually abused by his former teacher.  The verdict was as to his mental health care providers who had reason to know about the sexual abuse but failed to report it to the authorities.  It is believed to be the first jury verdict in Connecticut based solely on the obligations of mandated reporters.

Mr. Mahoney and one other attorney represented at trial a pedestrian who was struck by a car and injured.   The jury returned a verdict in excess of $1.4 million dollars for his client.

Mr. Mahoney has been Board Certified as a Civil Trial Specialist by the National Board of Trial Advocacy since 2001. He is AV rated by Martindale and Hubbell.   He has been included in the publication Super Lawyers every year since it started and has been included in its top 50 attorneys in Connecticut list as well as its top 100 Attorneys in New England list.

He received his J.D. with Honors from the University of Connecticut School of Law and his A.B. from the College of the Holy Cross.