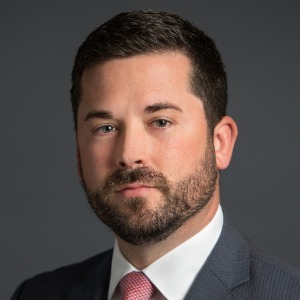 Mr. Miller routinely advises companies in the construction and energy industries, including contractors, subcontractors, suppliers and project owners, with issues related to contract drafting, project management, dispute resolution and general business consultation. He has experience prosecuting and defending a wide range of construction-related claims arising from private, state and federal projects, including claims involving project delay, acceleration, inefficiencies, non-payment (including statutory prompt payment damages, as well as bond and mechanics’ lien claims), design defects, unjust enrichment, active interference by the owner or contractor, and Articles 2 and 2A of the Uniform Commercial Code relating to the sale and lease of goods.

He also serves as national litigation counsel to companies that deliver services to the mortgage and finance industries, and provides general legal counsel to those companies for matters related to litigation, regulatory compliance, creditors’ rights, and vendor/customer contracting.

In 2017, he was selected by The Legal Intelligencer as one of only 32 “Lawyers on the Fast Track” in Pennsylvania. This recognition is given to attorneys under the age of 40 who have demonstrated excellence in four categories:  development of the law, advocacy and community contributions, service to the bar and peer/public recognition. Mr. Miller has been listed in The Best Lawyers in America© in the Litigation – Construction Section since 2019 and Construction Law Section since 2021 by BL Rankings.  He was also selected to the 2017-2018 Pennsylvania Rising Stars lists (Thomson Reuters).