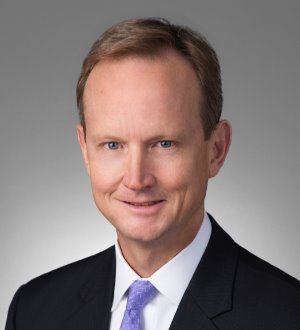 Dave Thomas is a partner in the Business Trial Practice Group and Office Managing Partner of the firm's Washington D.C. office.

Dave has a national practice in the telecommunications and broadband communications industries, and in cyber and data security. His practice focuses on the deployment and operations of competitive wire-based and wireless networks and services, with a particular emphasis on the mesh of federal, state and local regulations surrounding broadband networks in matters involving network operations and security, local franchising, rights-of-way and infrastructure.

Dave has handled a wide range of regulatory, litigation, and transactional matters involving telecommunications providers, broadcasters, satellite communications, federal, state and local licensing and permitting, data security and privacy and spectrum use. He has litigated before the U.S. Federal Communications Commission (FCC), numerous state public service commissions and federal and state courts. In addition to those bodies, he regularly appears before state legislatures and county and municipal governments.

A frequent speaker at communications and utility industry conferences, Dave has published works on a variety of domestic and international industry issues, including cyber and data security, new technology, infrastructure and use, network deployment and spectrum use and allocation.

Dave is also the partner in charge of lateral recruiting for Sheppard Mullin's Washington, D.C. office.