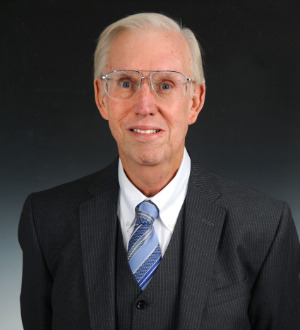 Carl W. Northrop is the Founding Member of Telecommunications Law Professionals PLLC (“TLP”), a boutique telecommunications law firm in Washington, D.C. committed to assisting clients in meeting the substantial challenges they face in the rapidly changing wireless, wired, high-tech, and media industries. Much of his practice is devoted to the representation of mobile and fixed service providers of broadband and narrowband services delivered over terrestrial wireless systems, wireline networks, satellites and the internet.

This broad-based practice also encompasses the representation of suppliers of goods and services to the telecommunications industry including financial institutions (banks, underwriters, private equity and venture capital firms), equipment manufacturers, billing and software suppliers, application providers, communications tower and site owners and engineering firms. In addition, Mr. Northrop has represented both service providers and purchasers in major contracts for communications services, and has acted both as an arbitrator and as an expert witness in various disputes arising out of communications contracts.

Mr. Northrop graduated with high distinction in 1972 from the University of Michigan from which he received a Bachelors of Business Administration degree. He received his Juris Doctor in 1976 from the Georgetown University Law Center where he served as an editor of the Georgetown Law Journal. While at Georgetown, Mr. Northrop was the recipient of both the Best Brief and Best Oral Advocate awards in the Beaudry Cup moot court competition.

Recent publications include, “Net Neutrality – Past and Present” in Volume One of Broadband and Cable Industry Law 2013, Intellectual Property Course Handbook Series © 2013.