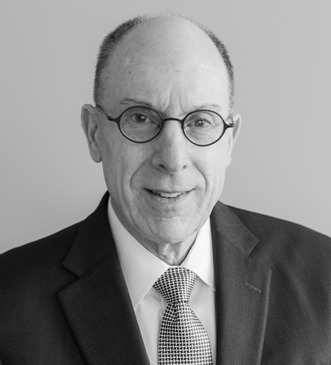 Peter Tannenwald joined Fletcher, Heald & Hildreth, PLC, as a Member, after a 40-year career which included one of Washington's 10 largest law firms, where he was a partner, and more recently as a named principal of Irwin, Campbell & Tannenwald, P.C. In addition to a broad range of radio and television broadcast station groups and individual station owners and common carrier and wireless clients in both regulatory and transactional matters, he has represented inventors and developers of new technologies and has helped implement several such technologies, including wireless auditory assistance devices for persons with hearing loss, the use of AM broadcast stations for power utility load management, visual captions on television broadcasts, the Interactive Video and Data Service, compatibility of cellphones and hearing aids, and most recently combining television broadcast and broadband services in the same spectrum.

He represented a publicly traded international satellite carrier from its inception to merger with one of the nation's five largest interexchange carriers, handled the initial FCC licensing for the nation's public television satellite distribution system, has represented major universities for broadcast, satellite, ITFS/EBS and telephone matters, and helped establish a local telephone service competitor a Bell Operation Company. He has represented state and municipal governments in wireless and cable television franchising matters, and served as counsel to the Community Broadcasters Association, the trade association of Class A and Low Power television stations, until its dissolution.

He is currently active in implementing a new technology that can combine television broadcasting and broadband services at the same time in the same spectrum and assisting television broadcast stations with licensing facilities on new channels after FCC’s 2016 incentive spectrum auction. A graduate of Brown University and Harvard Law School, Mr. Tannenwald has served as an elected officer of the Federal Communications Bar Association and the Harvard Law School Association. He is also an ex officio member of the Community Council of Washington’s leading NPR affiliate, where he was honored in 2019 for 50 years of pro bono legal services, and served for 44 years on the Board of Directors of a non-profit corporation that owned WBRU, a radio station managed by students at Brown University.

In 2014, he was inducted into the Advanced Television Broadcast Alliance Hall of Fame, after several decades of work on behalf of the Low Power Television industry. In March of 2018, he became only the second person to be inducted into the WBRU Hall of Fame, after 51 years of pro bono service to that radio station. In 2019, he was named one of the nation’s top 10 communications attorneys by Radio Television Business Report.