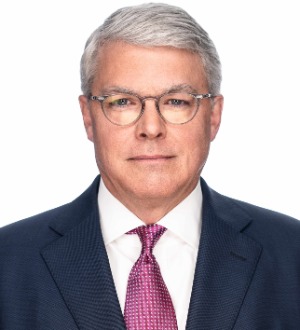 Stephen Reed represents employers in a wide array of labor and employment matters, from counseling companies on day-to-day employee-relations issues to litigating cases in court and administrative agencies.

Steve’s principal focus is on the defense of discrimination, retaliation, harassment, wrongful termination, wage & hour, and related claims. He has successfully litigated and tried cases in state and federal court, as well as before the Massachusetts Commission Against Discrimination, the Maine Human Rights Commission, the Connecticut Commission on Human Rights and Opportunities, the New Jersey Division on Civil Rights, the Pennsylvania Human Relations Commission, and the Equal Employment Opportunity Commission.

A large portion of Steve’s practice involves advising employers on issues involving the Fair Labor Standards Act, the Family and Medical Leave Act, the Americans With Disabilities Act, and other state and federal employment statutes that affect the employment relationship on a daily basis.

Steve has reviewed and drafted countless employment and workplace policies since beginning his practice in 1992.

Steve also advises clients on unfair competition issues, including the use and enforceability of noncompete, nonsolicitation, and nondisclosure agreements. He has successfully litigated cases on behalf of both employers and employees to either enforce or overcome such agreements.

Steve also has extensive experience in traditional labor law. He has tried cases before the National Labor Relations Board and arbitrated numerous cases on behalf of employers. He has counseled employers on union avoidance issues and represented management at the collective bargaining table.

Steve has lectured and written on employment law subjects for continuing legal education and various business organizations. He is a frequent panelist on employment law issues at Massachusetts Continuing Legal Education. He was a member of the Massachusetts Bar Association subcommittee responsible for drafting the MCAD Sexual Harassment Guidelines.