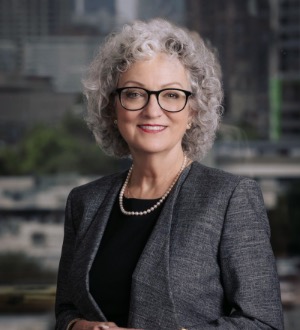 Marilea W. Lewis is a partner at the Dallas based law firm of Duffee + Eitzen. Board-certified in Family Law, Lewis specializes in all areas of family law. She serves as a private judge because of her years serving on the bench- of the 330th District Court in Dallas for eight years, and Associate Judge of the 330th District Court for ten years. Lewis began her career as Master/Referee of the 305th District Court in 1986. She is a member of the Texas Academy of Family Law Specialists. She is a mediator for both general and family practice; and with almost 20 years on the bench, continues to be a leader in the DFW law community.

Professional admissions include State Bar of Texas, United States District Court- Northern District of Texas, and Supreme Court of the United States. Originally from Waco, TX, Lewis is a 5th generation Texan. She received her undergraduate and law degrees from Baylor University. Outside of work, her community involvement includes La Fiesta de las Seis Banderas, Dallas chapter of Pi Beta Phi, and sustaining membership to the Junior League of Dallas. She is actively involved with her church as a lay reader, chalice bearer and Altar Guild member. Lewis is also a certified yoga instructor