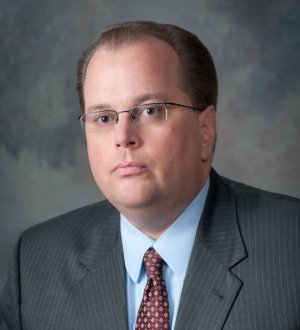 Eddie assists employers of all sizes navigate through the myriad of challenges that arise from the employer-employee relationship, including advising employers concerning litigation risk management, development and implementation of personnel policies, internal complaint investigations, union organizing, employee hiring and retention efforts and workforce reductions. Eddie defends employers in civil proceedings involving allegations of discrimination, harassment, wage and hour violations, wrongful termination, the misappropriation of trade secrets and other asserted wrongful conduct before Nevada's state and federal courts and before governmental bodies and administrative agencies, including the U.S. Equal Employment Opportunity Commission, the National Labor Relations Board, the United States Department of Labor, the Nevada Equal Rights Commission and the Nevada Labor Commissioner.  Eddie represents employers in collective bargaining negotiations and arbitration matters.  In addition, Eddie serves as a Neutral Arbitrator and is currently an Employment Panel Member of the American Arbitration Association.

After joining the firm in 1996, Eddie became a partner in 2003.  His passion for labor and employment law stems from his personal experiences while employed by his family-owned bus company in Southern Maryland, which included a turbulent Teamsters Union-initiated employee strike in the late 1980s.

Eddie is the recipient of the 2013 and 2014 Client Choice Award for labor and employment law in Nevada by the International Law Office and Lexology.  He was selected for inclusion in Best Lawyers® in 2007 and has an AV® Preeminent™ Martindale-Hubbell Peer Review Rating.  In its 2006 edition of Chambers USA America's Leading Lawyers for Business, Eddie is noted for his "first class strategy and communication skills" and ability to "keep his head even in the bloodiest of battles."  He has also been recognized as a "Super Lawyer" in the 2010-2017 editions of Mountain States Super Lawyers.

While attending American University's Washington College of Law, Eddie was a member of the American University Law Review and authored Death by Textualism: The NLRB's Incidental to Patient Care Supervisory Status Test for Charge Nurses," 46 American U.L. Rev. 575 (1996). Eddie also served as a contributing author of The Evidence Project: Proposed Revisions to the Federal Rules of Evidence with Supporting Commentary," 171 F.R.D. 300 (1997).