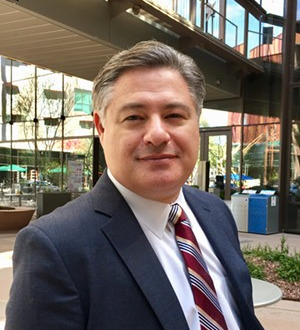 He recently argued State v. Jones before the Arizona Supreme Court, representing the petitioner and resulting in a landmark decision that Arizona law immunizes patients who use medical marijuana in the form of extracts and concentrates from criminal prosecution. In that case, the Court reversed an intermediate appellate court decision that would have sounded the death knell for the cannabis industry in Arizona and vacated the convictions of a medical marijuana cardholder who was prosecuted for acquiring extract from a state-licensed dispensary.

Rob also serves as "embedded" appellate counsel, engaged by trial teams to conduct a careful assessment of their cases and working collaboratively with them to formulate and refine the theme(s), craft summary judgment motions and responses, formulate jury instructions, present post-judgment motions, and take other measures to preserve issues for appeal.

Rob likewise has substantial experience handling nearly every facet of commercial trial practice, including the representation of businesses and high net worth individuals in bet-the-company cases seeking monetary, injunctive, and/or declaratory relief predicated on claims of intentional and negligent misconduct and contractual breaches in the commercial arena.