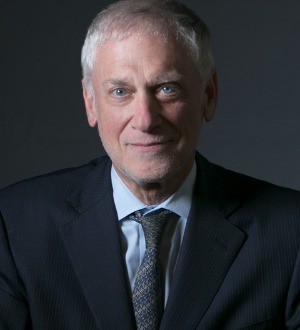 Recognized by Best Lawyers® since 2013.
1177 Avenue of the Americas New York, New York 10036
(212) 715-9100
|
Firm: Kramer Levin Naftalis & Frankel LLP
|  Website
Edit Profile
Edit Your Profile
To edit your Lawyer Directory information, please login to your
Best Lawyers® Admin Account.
If you have any questions or need assistance, please contact us at info@bestlawyers.com or 803.648.0300.
Overview
Firm

Mr. Frankel’s notable matters include his representation of Rajat Gupta, the former Managing Director Worldwide of the McKinsey & Company management consulting firm, in both a criminal insider trading investigation in the Southern District of New York and a parallel SEC civil enforcement action. After a four-week criminal trial in June 2012, Mr. Gupta was acquitted of two counts of the indictment, but convicted on certain other counts. Mr. Frankel is also defending former Bear Stearns Chairman and Chief Executive Officer James Cayne in federal securities and ERISA class action litigation alleging fraud relating to Bear Stearns’ valuation, mortgage-backed securities, and liquidity and capital reserves. Mr. Frankel previously represented Mr. Cayne before the Financial Crisis Inquiry Commission in connection with its investigation of the 2008 financial crisis. Other significant recent cases include Mr. Frankel’s representation of a senior scientist of a major U.S. pharmaceutical company in a federal criminal investigation alleging violations of the Food, Drug, and Cosmetic Act, following which no charges were filed, as well as in related civil proceedings, and his successful representation of the chief accounting officer of a Fortune 100 company in a lengthy SEC investigation involving a number of complex accounting issues, including accounting for pension obligations, derivative transactions and currency hedging, after which the SEC declined to bring charges.