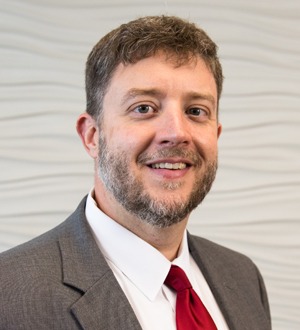 Barry Jennings specializes in Workers’ Compensation Law. Having once defended insurance companies in such cases, he now advocates for the workers who have sustained injuries on the job. He is a shareholder at the Law Offices of James Scott Farrin, where he has practiced since 2006. A critical part of the firm's Workers' Compensation Department, he represents workers who have suffered catastrophic injuries.

As a dedicated advocate and avid educator of clients, Barry enjoys explaining the law to his clients, and helping them understand how it works in context of their problems. He is a North Carolina State Bar Board Certified Specialist in Workers’ Compensation Law.

He has earned the designation of "Rising Star"* by Super Lawyers magazine in 2011, 2012, and 2013, and has been selected to the annual list of Best Lawyers in America* for workers’ compensation lawyers every year since 2015. Barry is a member of The Order of Barristers, the Workplace Injury Litigation Group, the N.C. Bar Workers' Compensation Section Council, and the North Carolina Advocates for Justice.

*For more information regarding the standards for inclusion for the awards listed visit: www.superlawyers.com www.bestlawyers.com www.martindale.com.