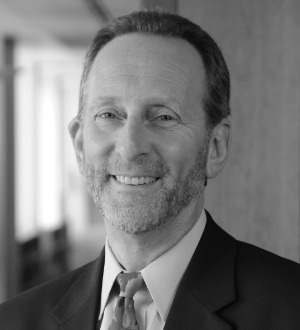 Recognized by Best Lawyers® since 2006.
20 Church Street, 16th Floor Hartford, Connecticut 06103
(860) 297-3700
|
Firm: Wiggin and Dana LLP
|  Website
Edit Profile
Edit Your Profile
To edit your Lawyer Directory information, please login to your
Best Lawyers® Admin Account.
If you have any questions or need assistance, please contact us at info@bestlawyers.com or 803.648.0300.
Overview
Firm

Aaron Bayer is a partner in the firm's litigation department. He has briefed and argued numerous cases before state and federal appeals courts, assisted trial counsel on substantive legal motions and post-verdict motions, and advised clients and trial counsel on appellate strategies.  He speaks and writes on appellate issues, including a regular appellate column in the National Law Journal.  Since 2006, he has been selected for inclusion in The Best Lawyers in America for his work as an appellate lawyer.

Drawing on positions he has held in higher education and in state and national government, Mr. Bayer also represents numerous institutions of higher education and non-profit organizations, and advises corporations on investigations and other interactions with State Attorneys General and state regulatory agencies.

Prior to joining the firm, Mr. Bayer served as the General Counsel and Secretary of Connecticut College from 2000-2003, as Deputy Attorney General of Connecticut from 1991-2000, and as Counsel to Senator Joseph Lieberman and Counsel to the Senate Governmental Affairs Committee from 1989-1991.