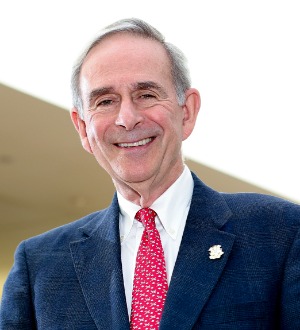 Recognized by Best Lawyers® since 2013.
1115 Broad Street Bridgeport, Connecticut 06604
(203) 368-0211
|
kbernhard@cohenandwolf.com
Firm: Cohen and Wolf, P.C.
|  Website
Edit Profile
Edit Your Profile
To edit your Lawyer Directory information, please login to your
Best Lawyers® Admin Account.
If you have any questions or need assistance, please contact us at info@bestlawyers.com or 803.648.0300.
Overview
Firm

G. Kenneth Bernhard is a principal in Cohen and Wolf's Municipal, Business & Corporate, Real Estate, Family Law and Appellate Groups. Dividing his time between the firm's Bridgeport and Westport offices, Mr. Bernhard represents municipalities and a wide range of businesses, as well as individuals, in litigation, real estate, matrimonial and commercial matters. Mr. Bernhard has extensive experience in all phases of municipal law, including land use, administrative appeals, condemnations, foreclosures, contracts and the drafting of municipal legislation. He presently serves as town attorney for the Town of Wilton (since 1992). He served as town attorney for the Town of Weston from 2000 to 2009 and the Town of Westport from 1981-1985, 1989-1993, and 1997.

Mr. Bernhard is active in state and local matters. From 1997-2005, he was Westport's State Representative to the Connecticut General Assembly and served as an Assistant Minority Leader. Mr. Bernhard previously served as Westport's Third Selectman from 1987 to 1989 and was elected to the Westport Zoning Board of Appeals in 1989. He volunteered his services to the Connecticut Judiciary as an attorney trial referee from 1984-1996. He served, or presently serves, as a member of the Board of Directors of the Westport Public Library; Visiting Nurse & Hospice of Fairfield County; The Westport-Weston Chamber of Commerce; The Norwalk Human Services Council; Earthplace; the Westport Historical Society; the Levitt Pavilion; the Aspetuck Land Trust; and the Fidelco Guide Dog Foundation. He joined the Board of Directors of the Connecticut League of Conservation Voters in 2006 and was elected to co-chairman in 2011.

Mr. Bernhard is admitted to practice law in New York and Connecticut. He is also admitted to practice before the U.S. Court of Military Appeals, the District Court of Connecticut, and the United States Supreme Court. He is a former president of the Westport Bar Association (1987-1988). He is a member of the Connecticut Bar Association and the Greater Bridgeport Bar Association. While in the U.S. Army as a member of the Judge Advocates Generals Corps, he served as an associate professor of law at the U.S. Military Academy at West Point, New York, teaching both criminal and constitutional law. Mr. Bernhard is a Senior Attorney with the Center for International Legal Studies located in Salzburg, Austria and under its auspices has taught American Constitutional Law at law universities in Bulgaria, Croatia, Poland, Russia, Latvia, Hungary and Mongolia. Working with UNESCO, Mr. Bernhard has taught copyright and contract law in Jordan. In 2005, Governor Jodi Rell appointed Mr. Bernhard to serve on the Judicial Review Council. He was re-appointed again in 2008. In 2012, Mr. Bernhard was appointed to the State Board of Veterinary Medicine by Governor Daniel Malloy. In March 2014, Senator John Mc Kinney, the Connecticut Senate Minority Leader, appointed Mr. Bernhard to serve on the Public Defender’s Commission, which oversees the Connecticut Public Defender’s Office.

In 2008, House Minority Leader Lawrence Cafero appointed Mr. Bernhard to serve as a member of the Citizens Advisory Board which oversees the Office of State Ethics, an independent watch-dog agency that replaced the State Ethics Commission in 2005. Mr. Bernhard was elected Chairman of the Board and served until 2010.