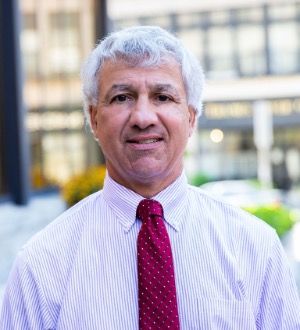 Attorney Berryman was named by “Benchmark Plaintiff” magazine as a Local Litigation Star.  He is a sustaining member of NOSSCR (National Association of Social Security Claimant’s Representatives), and has given numerous seminars throughout the years on issues in the Connecticut Workers’ Compensation forum.  He has also appeared on the News Talk 104.7 FM WXLM’s Lee Elci Show as an expert on Workers’ Compensation issues.

As one example of his work, in the notable case of Brent Cugini v. Electric Boat, Attorney Berryman won a major claim for his client who was awarded total disability benefits continuing into the future as a result of harassment by co-workers.

Jay Berryman resides in Old Lyme, Connecticut.  In addition to serving as a spokesperson and volunteering for the Notre Dame Club of Southeastern Connecticut, he is actively involved in many community programs throughout the region. Jay is a Board Member for the Lyme Art Association and Friends of Lymes Senior Center. In 2011, the Lyme-Old Lyme Little League honored Jay Berryman with the prestigious Steve Shaw Award for his “Distinguished Service.”  Every December, Jay and his staff “Adopt-A-Family” for The Neighborhood Alliance of New London. He has also represented the firm as a sponsor of the Healthy Habits Showcase held at Mohegan Sun to benefit the Gemma Moran United Way Food Center, among several other not-for-profit events and activities.