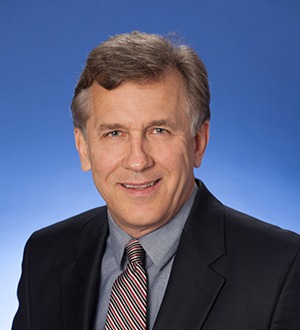 W. Barry Blum focuses his practice on business litigation, with an emphasis in franchise matters, and handles FINRA arbitration matters for claimants in securities and employment matters. He also is an American Arbitration Association-Commercial Panel Arbitrator and a mediator with expertise in commercial and employment disputes.  Before joining the firm, Blum was a senior executive for ten years at Burger King Corporation, in legal and franchising roles, where his responsibilities included managing the company's litigation matters worldwide.  Prior to his corporate career, he spent 15 years in private law practice and was a founding partner of two firms, where he concentrated his practice in the areas of commercial litigation, franchise, distribution and licensing litigation, and securities litigation and arbitrations.

In addition to his commercial litigation background, Blum has extensive business experience.  Both as in-house counsel and business client, he has developed solutions for financially distressed franchisees, negotiated purchases and sales of franchise businesses, and has overseen recapitalizations of franchise businesses.   Blum has also structured and implemented an international master franchise arrangement, managed supply and distribution relationships through critical periods, and directed key franchising functions, including approval of new franchisees, initiatives to increase minority franchisee ownership, and programs and incentives to increase franchise agreement renewal rates.

Blum is “AV” rated by Martindale-Hubbell. He has been named as a “Legal Eagle” by the Franchise Times magazine, selected as a “Top Lawyer” by South Florida Legal Guide, and recognized as a “Legal Elite” by the Florida Trend. He is a member of the American Bar Association, including the Forum on Franchising and Section on Dispute Resolution, the International Franchise Association Supplier Forum, and is Past Co-Chair, International Franchise Association, Corporate Counsel Committee. Blum is a frequent speaker at franchise and professional conferences on topics including litigation, franchise legal issues and legal department management, and he has written several articles for franchise and legal publications.