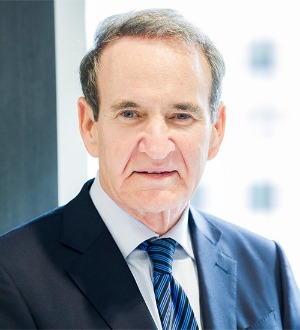 Recognized by Best Lawyers® since 2018.
2601 South Bayshore Drive, Penthouse One Miami, Florida 33133
(305) 858-2900
|
kcoffey@coffeyburlington.com
Firm: Coffey Burlington
|  Website
Message
Edit Profile
Edit Your Profile
To edit your Lawyer Directory information, please login to your
Best Lawyers® Admin Account.
If you have any questions or need assistance, please contact us at info@bestlawyers.com or 803.648.0300.
Overview
Firm

Kendall Coffey is a founding member of the law firm Coffey Burlington, PL, based in Miami, which handles matters in Florida and throughout the United States. Mr. Coffey also currently serves as the Chair of the Federal Judicial Nominating Commission for South Florida. Appointed by both of Florida's United States Senators, he presides over the 21-person commission that selects individuals to be considered by the White House to become U.S. federal judges and U.S. Attorney for South Florida. Mr. Coffey served during the 1990's as the U.S. Attorney for the Southern District of Florida, the nation's largest federal prosecution office. As U.S. Attorney, he was responsible for thousands of federal criminal prosecutions as well as civil lawsuits involving the United States. After his public service, he resumed private law practice with major litigation roles in such high profile cases as the Elian Gonzalez international custody battle, and the 2000 U.S. Presidential Election Recount.

He is annually recognized as one of Florida Trend’s Legal Elite, Florida “Super Lawyer,” and South Florida Legal Guide’s “Top Lawyers”, recognized by the National Law Journal as one of its Lawyers of the Year for 2000, as Member of Gore Legal Team.

Mr. Coffey is on the Advisory Board of the Russian American Chamber of Commerce and writes a monthly legal column for its newsletter. The topics for his articles have ranged from International Arbitration in South Florida to Executive Action: Immigration Reform, Politics and the U.S. Constitution. He presently serves on the Steering Committee of the Russia Eurasia Committee of the American Bar Association’s International Law Section.