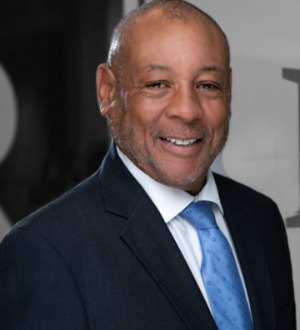 Victor E. Long is a Partner in the Washington, D.C. litigation law firm of Regan Zambri Long & Bertram and limits his practice to representing injured clients in medical malpractice, automobile, wrongful death and other serious personal injury cases. Mr. Long is board-certified in Civil Trial Advocacy by the National Board of Trial Advocacy and is licensed to practice in the District of Columbia and Maryland. Prior to entering private practice, Mr. Long was a trial attorney in the U.S. Department of Labor, Office of the Solicitor and a trial attorney in the U.S. Department of Justice, Civil Rights Division. In both of these positions, he was dedicated to protecting the rights of citizens under Federal Law.  He also served as a trial attorney in the Civil Litigation Division of the District of Columbia, Office of the Attorney General, as well as a litigation attorney in that office's Appellate Division.

Mr. Long's extensive appellate litigation experience has resulted in over ten reported decisions. These include precedent setting cases in the areas of police misconduct, wrongful death, automobile injury, disability rights and employment. In the last several years, Mr. Long and his partners have obtained verdicts or settlements which have resulted in total awards in excess of $100 million dollars. Mr. Long was granted a U.S. patent for a warning label developed for a case involving an infant, who was severely injured in a fire caused by an extension cord. For 18 years, Mr. Long has served as a court-approved Mediator for the District of Columbia Superior Court.  He has taught training seminars for other mediators and has been certified for complex medical malpractice mediations.

Mr long is currently appointed by the DC Court of Appeals as a Trustee for the Client Security Trust Fund. He is the current chair of the Council for Court Excellence Youth Justice Committee. Mr. Long has lectured on a variety of legal issues and is dedicated to community service. He has participated on many panels for a variety of legal organizations and has taught continuing legal education courses. He is a past President of the Board of Friendship House Association, when it was largest charitable social service agency in the District of Columbia. In addition, he is a founder and current member of the Board of Trustees for Friendship Public Charter Schools, one of the largest groups of public charter schools in the Nation. He is also the Chair and the Founder of The Friendship Athletic Association, Inc., a non-profit agency. One Hundred Percent of Friendship Collegiate Academy graduates are accepted to college. Mr. Long graduated from Johns Hopkins University in 1976 and is a 1979 Graduate of Northeastern University School of Law.