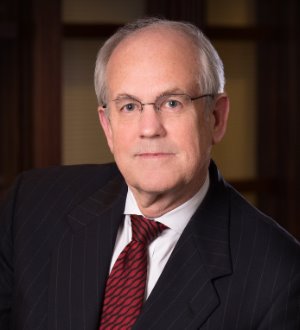 Stephen D. McGraw is a Member of Kerr Russell and co-chairperson of the firm's Litigation Practice Group, a Member of its Executive Committee, and has served as a general counsel for Kerr Russell.  His practice primarily involves defending and prosecuting matters in litigation and he has had substantial involvement in a wide range of matters including the professional liability of physicians, hospitals, architects, and engineers, toxic torts, product liability, insurance disputes and other commercial matters.

Mr. McGraw is a Fellow of the American College of Trial Lawyers, has served on the American College of Trial Lawyers State Committee for Michigan and is a Fellow of both the Michigan State Bar Foundation and the Detroit Metropolitan Bar Foundation (where he is a Trustee). And he is a former appointed panel member of the State Bar of Michigan Discipline Board.  Mr. McGraw has been a speaker at numerous seminars having to do with litigation and health care subjects and has spoken regarding trial practice for the Institute of Continuing Legal Education and the American Board of Trial Advocates.  He has also written frequently on subjects such as trial practice and a lawyer's ethical obligations.  He has been recognized in "The Best Lawyers in America" (Lawyer of the Year, Medical Malpractice Law - Defendants 2016), "Chambers USA – America's Leading Lawyers for Business", "Michigan Super Lawyers", dBusiness, "Top Lawyers"  and "Leading Lawyers" publications and was named 2013 Outstanding Attorney by the nation's largest physician owned medical malpractice insurer.  He is a past President of the Detroit Metropolitan Bar Association.