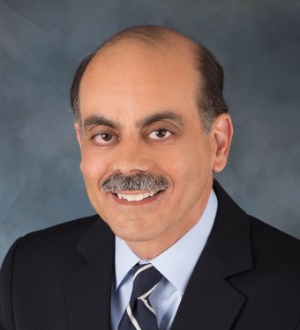 Bob Gegios has more than 30 years of experience representing public and private companies and individuals in a wide range of legal matters, including general business and commercial litigation and counseling, antitrust and trade regulation, dealership and franchise law, securities, intellectual property, RICO, employment disputes, insurance coverage, and international controversies. His domestic and international clients have spanned a wide range of industries and occupations, and he has represented their interests in disputes across the United States as well as in foreign settings.

His many accomplishments include:

Bob has been selected for leadership positions in many professional organizations, including the American Bar Association, the Fellows of the American Bar Foundation, and the American Inns of Court. He is the past President of the Thomas E. Fairchild Inn of Court and of the Eastern District of Wisconsin Bar Association. He has been named the 2016 and 2018 “Lawyer of the Year” in Antitrust Law for Milwaukee by Best Lawyers® and has been selected for inclusion in The Best Lawyers in America© in the areas of commercial litigation, antitrust litigation and antitrust law. He also has been recognized for many years as a Super Lawyer® and a Leading Lawyer® in business litigation, honored as one of Milwaukee’s Highest-Ranked Attorneys®, and chosen as a 2017 Leader in the Law by the Wisconsin Law Journal.