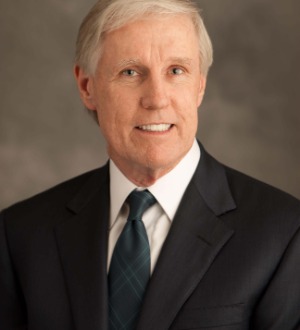 RICHARD HIMELRICK is a 30-year trial lawyer. His practice centers on business litigation with an emphasis on securities cases. He chairs Tiffany & Bosco’s Civil and Commercial Litigation Department. He is listed in The Best Lawyers in America, Southwest Super Lawyers, Litigation Counsel of America, and is a member of Scribes—The American Society of Legal Writers and the Arizona State Bar Class Actions and Derivative Suits Committee.

He represents clients in business disputes in both state and federal court. His cases often involve investment fraud including the defense of administrative actions brought by securities regulators.

Rich is currently lead counsel for a certified class of investors who bought mortgage-backed note investments issued by two insolvent companies.  See Facciola v. Greenberg Traurig, LLP, 281 F.R.D. 363 (D. Ariz. 2012).  The case alleges that the notes were sold in what became a Ponzi scheme.  Defendants include the issuers’ management, two national law firms that acted as securities counsel, and the lead issuer’s auditors.  The case settled as to the issuer’s management and securities counsel for $89 million.  The case is continuing against the auditors.

Rich was also lead trial counsel for the plaintiff class in an action certified on behalf of Arizona investors who purchased stocks under Olde Discount Corporation's "commission-free" programs. After a three week trial, the case settled during jury deliberations for $21 million, which represented a return to investors of over 115% of their out-of-pocket losses.

He was co-trial counsel for the plaintiffs in a class action filed on behalf of 11,000 investors who invested over $500 million with the Baptist Foundation of Arizona and its subsidiaries. During the sixth day of trial against BFA's auditor, Arthur Andersen, the case settled for $217 million. The year before he was lead class counsel in a related action that led to a $21 million settlement with BFA's outside attorneys. In another case, he represented three minority stockholders in a suit alleging shareholder oppression. For over a decade, the three plaintiffs had received only nominal dividends. The week before trial the case settled for $19.5 million.

What legal services does this lawyer offer?
Litigation - Securities
Awards