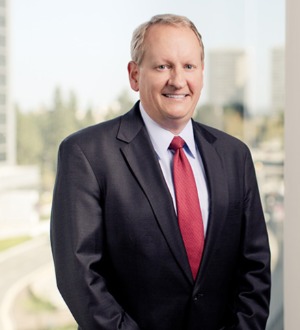 Rich Goetz defends some of the world’s best-known businesses—including pharmaceutical, medical device, computer, insurance, consumer products, and food companies—in complex, multimillion-dollar legal challenges. At the pleadings stage and at trial, he has defeated allegations of negligence, false advertising, improper labeling, defective manufacturing, and personal injury. Benchmark Litigation calls him a national “Litigation Star,” The Legal 500: United States named him to its inaugural “Hall of Fame” in 2017 and recognizes him as a “Leading Lawyer,” and BTI has recognized him as a Client Service All-Star. Chambers USA ranks Rich in both Product Liability/Mass Torts and Insurance, noting his “widespread experience handling mass torts and consumer class actions,” and his “skill in handling significant contentious insurance matters.”

Rich is a contributing editor for Product Liability Litigation: Current Law, Strategies, and Best Practices (Practising Law Institute) and for the class action chapters of California Practice Guide: Civil Procedure Before Trial (The Rutter Group). He has lectured at the UCLA School of Engineering and Applied Science and at Harvard Law School, and is a member of the American Law Institute, which is responsible for formulating the Restatements of the Law and updating the Uniform Commercial Code and other model codes.

Rich has been an observer at the Guantanamo Bay, Cuba, proceedings against those charged with plotting the 9/11 attacks, and co-chairs a bipartisan task force that has recommended changes to those proceedings, some of which Congress has enacted. He chairs the Board of Directors of Volunteers of America of Los Angeles, one of Southern California’s largest providers of services to the homeless, at-risk youth, and others in need. He is on the Executive Committee of the Board of Directors of The Pacific Council on International Policy, a leading non-partisan foreign affairs organization. And he was a longtime member of the Los Angeles County Bar Judicial Appointments Committee, serving under both Republican and Democratic Governors.