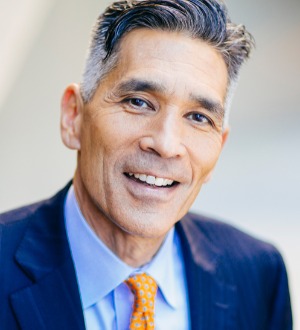 David Biderman, a partner in Perkins Coie's San Francisco and Los Angeles offices, focuses his practice on mass tort litigation and consumer class actions.  He heads the firm's Mass Tort/Toxic Tort Defense group. He has represented a wide variety of companies in state and federal courts in California for 30 years.

The group’s clients include FORTUNE 500 companies from such industries as consumer products, aerospace manufacturing, household goods, dry cleaning, and industries that generate electromagnetic fields, such as electric utilities and operators of wireless communications systems.

On consumer class actions, David represents packaged food companies, coffee companies, dairy companies, footwear companies and others whose nutritional or health claims have been challenged.  He also has represented search engines and other online companies. He has a record of favorable results for clients.  He successfully tried a major consumer fraud class action on behalf of one of the world’s major search engines in a case involving online gambling advertisements.  For that same client, he negotiated a favorable settlement of a class action challenging its online advertising pricing.  He represented a major coffee retailer in defeating a class action on standing grounds.  He also has litigated pre-emption defenses arising out of food labeling and obtained a dismissal for a client whose nutritional statements were challenged.

David speaks and writes regularly on class action issues.  He has presented to the American Bar Association (ABA), the Federation of Defense and Corporate Counsel, the Product Liability Advisory Group and others on consumer class actions.  David has served the courts through the Civil Litigation Subcommittee of the California Judicial Council, on special committees formed by the state courts to address toxic tort litigation, and as a member of the ABA’s American Jury Project.

David is recognized by clients and by professional organizations for his client service and work ethic.  He has regularly been listed as a “Super Lawyer” in Los Angeles or San Francisco. He has been recognized by the Minority Corporate Counsel Association and Los Angeles Business Journal as a “Top Rainmaker.”  He has published articles in the National Law Journal, the Los Angeles Daily Journal, the Defense Research Institute’s member publication, For the Defense, and the Washington Legal Foundation.