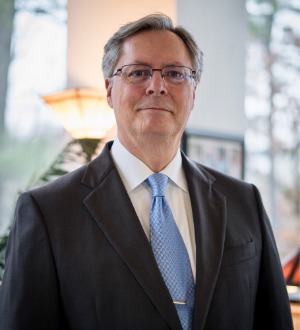 Years In Practice
Phone Number (804) 864-9660
Ralph L. Whitt, Jr. received his Bachelor of Arts degree with distinction from the University of Virginia in 1977, and his law degree from the University of Richmond in 1981. Ralph was a member of the University of Richmond’s National Moot Court team and McNeill Law Society honoring those in the top 10% of the first-year law class. Ralph has been voted by his peers as one of the Best Lawyers in America in the area of workers’ compensation law each year since 1999. In September of 2009, Ralph received the distinction of having been voted “Best Lawyer” in his field ten consecutive years. Ralph is a member of the Virginia Association of Defense Attorneys, having served previously as chairman of its workers’ compensation section and on its Board of Directors. Ralph is also a member of the Local Government Attorneys of Virginia, and Ralph and the firm are members of the Virginia Self-Insurers Association. Although Ralph represents clients in all aspects of workers’ compensation litigation, he has extensive experience defending local government entities against claims brought by public safety employees under the presumption for heart disease, lung disease and various cancers.
What legal services does this lawyer offer?
Workers' Compensation Law - Employers
Awards