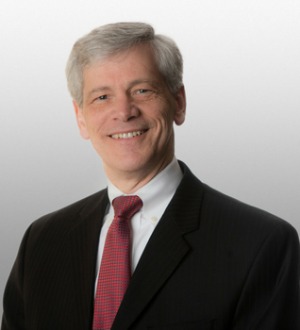 Bob Donnelly is one of the founding members of the law firm of Goodman Allen Donnelly. For over twenty five years, he has focused his career on trial advocacy by defending physicians, hospitals and other health care professionals sued for medical malpractice in Virginia Courts. In the course of representing hundreds of health care providers, he has tried more than 50 jury trials to verdict.  Mr. Donnelly's trial experience has been consistently demonstrated, achieving at least one of the "Top Ten Defense Verdicts" in Medical Malpractice each year since 2005 as reported by Virginia Lawyers Weekly. In a single calendar year he took six high exposure cases to trial, achieving five of only sixteen statewide reported “Million Dollar Med Mal Defense Verdicts”. His success, both in and out of the courtroom has earned him recognition in Best Lawyers in America® for Medical Malpractice Defense; US News and World Report and Best Lawyers Magazines, Virginia's “Legal Elite” in civil litigation; Virginia Business Magazine and as a “Virginia Super Lawyer” in Medical Malpractice Defense; Law and Politics and Virginia Super Lawyers Magazines. He is a Fellow in the Litigation Counsel of America, a national trial lawyer honorary society and frequently is an invited lecturer on health care liability issues.

Mr. Donnelly also serves as local counsel for a national automobile manufacturer and is responsible for litigating its warranty enforcement matters in Virginia, including successfully trying many of these actions before Virginia juries. In addition, he has litigated and resolved complex commercial disputes involving creditor’s rights, breach of contract claims and declaratory judgment actions in both state and federal courts.