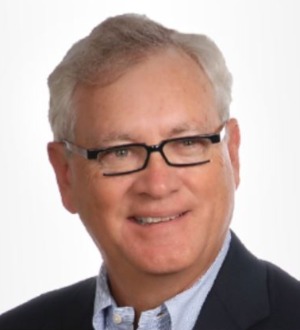 Years In Practice
Phone Number (407) 246-8440
Ralph C. Losey is a Shareholder in the Orlando office of Jackson Lewis P.C. He serves as the firm’s National e-Discovery Counsel, and Chair of the Electronic Discovery Practice Group. He has served for years as an Adjunct Professor at the University of Florida’s College of Law, teaching e-discovery. He is also the co-founder of the IT-Lex foundation and the Electronic Discovery Best Practices group (EDBP.com). Mr. Losey is a frequent speaker at e-discovery conferences and CLEs around the country and a leading contributor in the field of legal search, including recent landmark decisions on the use of predictive coding.

Mr. Losey is a prolific author of electronic discovery, having written five books and multiple law review articles in the past six years. His latest book is an iBook available on iTunes: e-Discovery Stories from the Cutting Edge of Law and Technology (Dec. 2012). His last paper book is Adventures in Electronic Discovery (West 2011). Adventures includes an often quoted chapter at page 204 entitled Child’s Game of ‘Go Fish’ is a Poor Model for e-Discovery Search. Mr. Losey’s prior books include Electronic Discovery: New Ideas, Trends, Case Law, and Practices (West 2010); Introduction to e-Discovery, (ABA 2009); and, e-Discovery: Current Trends and Cases (ABA 2008). Mr. Losey is also the author of the well-known law review article on the mathematics underlying e-discovery: HASH: the New Bates Stamp, 12 Journal of Technology Law & Policy 1 (June 2007). In early 2009 he wrote an article on the ethics underlying e-discovery: Lawyers Behaving Badly: Understanding Unprofessional Conduct in e-Discovery, 60 Mercer L. Rev. 983 (Spring 2009). This was followed by a law review article on ethics and cooperation. Mancia v. Mayflower Begins a Pilgrimage to the New World of Cooperation, The Sedona Conference Journal (Winter 2009).

Mr. Losey is also the principle author and publisher of a popular weekly blog on e-discovery, e-Discovery Team Blog, which now averages over 500,000 visits per year. His recent blog publications include a 20,000-word narrative providing a detailed description of a legal search project. The first installment in the narrative is entitled Day One of a Predictive Coding Narrative: Searching for Relevance in the Ashes of Enron.

Mr. Losey entered private practice in Orlando in 1980. Prior to becoming a Shareholder at Jackson Lewis in 2010, Mr. Losey was the founder and chair of Akerman Senterfitt's e-discovery practice group from 2006 to April, 2010. Prior to that, he was a shareholder with Katz Kutter and Subin, Shams, Rosenbluth, Moran, Losey and Brennan, P.A. At Subin Shams, he was in charge of the firm's computer systems for more than 15 years.

Mr. Losey has a long history in commercial and employment litigation in both state and federal court, with an emphasis on technology-related issues, ERISA disputes, and Qui Tam government fraud cases. Mr. Losey has over 70 published opinions to his credit. His experience includes some of the largest e-discovery cases in the country.

Mr. Losey has unique practical experience as a computer user and amateur programmer going back to 1978. He has worked with mainframes, minicomputers, Macs and PCs, utilizing all applications imaginable, and creating and designing software in the 1980s and Internet websites in the 1990s. Ralph was the first lawyer in Central Florida to have a computer on his desk, the first to use Westlaw, and the first lawyer in Florida with an Internet website. He was also a pioneer in the field of Computer Law, dating back to the early 1980s where he developed special expertise in computer database protection, software licensing, and later, Internet law; see for instance, The Legal Protection of Computer Databases, Florida Bar Journal (1991), and Your Cyber Rights and Responsibilities: The Law of the Internet, Chapter 3 of Que's Special Edition Using the Internet, McMillian Publishers 3rd Ed, 1996.  Ralph has also worked with high-tech start-up companies, where he helped develop a food service database which later became the industry (IFDA) standard.

Mr. Losey was also in the first group of attorneys to be certified by the Florida Supreme Court as a Mediator of Computer Law disputes in 1989, and has extensive experience in alternative dispute resolution.