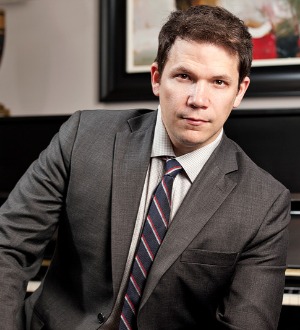 Mr. Kramer is a weekly guest on the top rated radio show "The Monsters in the Morning" on Real Radio 104.1 WTKS in Orlando, Florida, and nationally on Sirius XM. Mr. Kramer also educates and trains other Florida attorneys, judges, and lay people on various legal issues and strategies.  Mr. Kramer has educated and presented at Seminole State College, the University of Central Florida, Florida A & M Law School, and the Barry University School of Law.

Mr. Kramer has also been involved in numerous non-legal charitable endeavors including serving as a Director for a non-profit alcohol and addiction rehabilitation program, and Director for the Florida Youth Symphony Orchestra.

Mr. Kramer composes music, writes and exercises vigorously in his free time. Mr. Kramer plays multiple musical instruments and keeps them nearby; he has a guitar, piano and ukulele in his office. Mr. Kramer believes that the challenges of mastering music will keep his mind keen, his demeanor humble, and that the creativity it fosters will serve his clients well by giving him the insight to approach every case fresh and to develop innovative and unique strategies. This creativity and drive is part of what distinguishes Steven Kramer from other attorneys.
What legal services does this lawyer offer?
Commercial Litigation
Awards
Education
Graduated
Harvard University, Certificate- Leading Small Business
Graduated 2011
University of Florida, BA
Graduated 1999
Contact Details and Office Locations
Other: (407) 834-4847
999 Douglas Avenue, Suite 3333
Altamonte Springs, Florida 32714-5213
Altamonte Springs, Florida 32714-5213
See Location